A life-giving graft
Daughters of Jesus | Our life

We arrive at 1975 in the history of the Sisters of the Immaculate Conception of Paris, an important moment when they begin to envisage coming together with another congregation. 15 years later this coming together is achieved when they merge with the Daughters of Jesus.

More than a century has passed since the founding of the Congregation of the Sisters of the Immaculate Conception of Paris. During their Chapter in May 1975, a reflection is initiated stemming from the reality of the Institute: lack of vocations, average age increasingly high, important apostolic involvements with fewer and fewer sisters to meet the demands of mission. A decision to see to the possibility of joining a Federation would maintain missionary dynamism. This project will not be possible, but the desire to create bonds with another congregation remains.

Together on the road 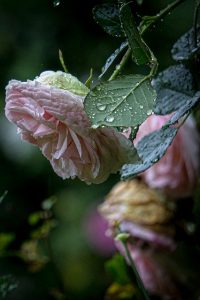 In 1983, the Generalate of the Daughters of Jesus was transferred to Paris, on rue d’Arras. In 1984, Father Révillon, delegate of the diocese for religious life, was invited by the General Council of the Daughters of Jesus. Knowing the Sisters of the Immaculate Conception very well, he sensed that a rapport could be envisaged between the two congregations. Thus, a relationship develops and intensifies over the next five years: getting to know one another, studying for ways to remain faithful to carry out mission according to our founders’ intuitions as well as taking into account the difficulties inherent to such a process.

In 1988, during a general assembly, Father Révillon shared with the Sisters of the Immaculate Conception the following allegory: “The roses and the flower garden.”

“Why don’t we ask the flowers of the other garden to welcome us?

Their land is fertile and life-bearing.

Their flowers embellish their domain…

But they lack our fragrance and our colours.

In turn, we would receive their strength and vitality.”

Father Revillon’s suggestion was studied by the Sisters of the Immaculate Conception. It was developed in reflection, prayer, meetings between our two congregations. This led to the decision of a fusion carried out in April 1990.

A complementarity that gives vigour 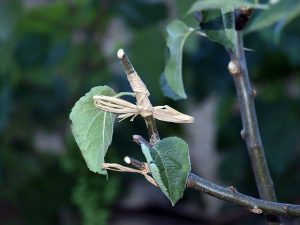 A graft allows another different variety or species to be added to a plant, each with its own characteristics. By this complementarity, we obtain a more vigorous, more resistant rose bush, with more developed roots. Once the graft is a success, it will grow and develop as a single plant. 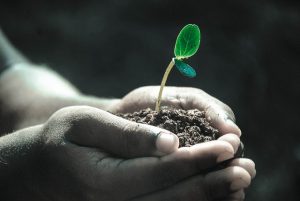 These characteristics of grafting are found in another form through the handfuls of the earth of Bignan and Paris that were symbolically mixed during the fusion celebration, on April 16th, 1990, on an Easter Monday.

Sister Marie Lamarre, Superior general of the Sisters of the Immaculate Conception expresses the deep meaning of this new mutual belonging:

Together, as Church, what are we going to celebrate?

The act that will unite our lives in the same mission for the glory of God,

which is the culmination of a long journey between our two congregations.

We, Sisters of the Immaculate Conception, a small Church cell, feeling our strength dwindling, heirs of a spiritual heritage that we did not want to lose, we appealed to the congregation of the Daughters of Jesus of Kermaria. Rich, of both our spiritualities “gifts made to the Church” to live in a particular way an aspect of the mystery of Christ, today, we have the profound conviction that the complementarity we bring through the experience of the mystery of the Incarnation and that of the Redemption will be an enrichment for all the Sisters.

This gesture of solidarity within the Church, we also want it to be a prophetic sign for apostolic religious life in today’s world.”

As for Sister Ellen Martin, Superior general of the Daughters of Jesus, she invites us to give thanks:

“The desire to maintain their missionary dynamism and the years of journeying together, through our similarities and differences, have resulted in the definitive bond that now unites us. It is now that openness, solidarity, and attentiveness to what has been each other’s past are at stake. Are we not aware of the possibilities of mutual enrichment that are available to us? It is in thanksgiving that we continue to reread our history and try to interpret it in the light of God’s calls to us today. How can we fail to recognize in the fusion event a call for solidarity?”

A yes to life

Some Sisters of the Immaculate Conception share with us today their testimony concerning this event lived as “a yes to life”: 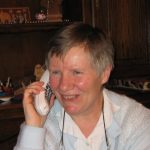 “I experienced the act of fusion on Easter Monday as a new life that was offered to me. It was a vivid sign of Christ’s resurrection offered to the whole world.” Nicole 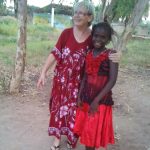 “My greatest joy was to celebrate the fusion transition on Easter Monday. Death and resurrection of Christ for more life. Discovering the international dimension of the congregation of the Daughters of Jesus, enabled me to discover a country other than France.” Jocelyne 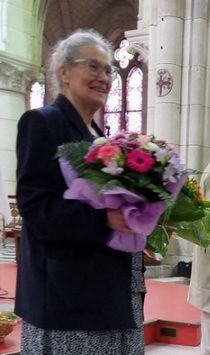 “On Easter Monday 1990, our ‘Way of Life’ took a turn, certainly, but to continue what our founders had undertaken… Now, at my own pace, I remain attentive to life in our world and in those closest to us. Living day to day, giving priority to the life of prayer and the Word of God. From the empty tomb, hope is born, “He is alive, “what great Good News”. Lucie

Thirty years later, with the graft well-established, the sisters continue their journey together. All of them undertake it accompanied by the “First on the way“, asking her 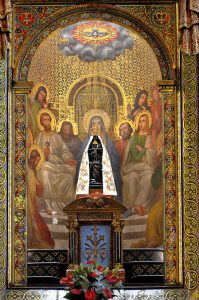 Our Lady of Liesse, before whom Mother Saint Anaclet prayed

Walk with us, Mary,

on the ways of hope,

They are ways to God,

they are ways to God.