The Daughters of Jesus give a special place to the figure of Angélique Périgault, born in Talensac (Ille-et-Vilaine) on the 3rd of February 1820. Without having mastered Breton but attracted by the poverty and extreme simplicity of the little-known congregation, she entered the novitiate of the Daughters of Jesus in Bignan in 1841, at the age of twenty-one. She became Sister Marie de Saint Charles at the time of her religious profession. She was elected Superior General at the age of twenty-six and remained so until her death in 1884.

The long duration of her generalate marked the Congregation as well as the richness of her personality. Thanks to this, she was able to face the serious difficulties that could have led to the disappearance of the young congregation, with faith and audacity. The spiritual foundation that she bequeathed to her religious family is, however, what has undoubtedly marked the institute the most. 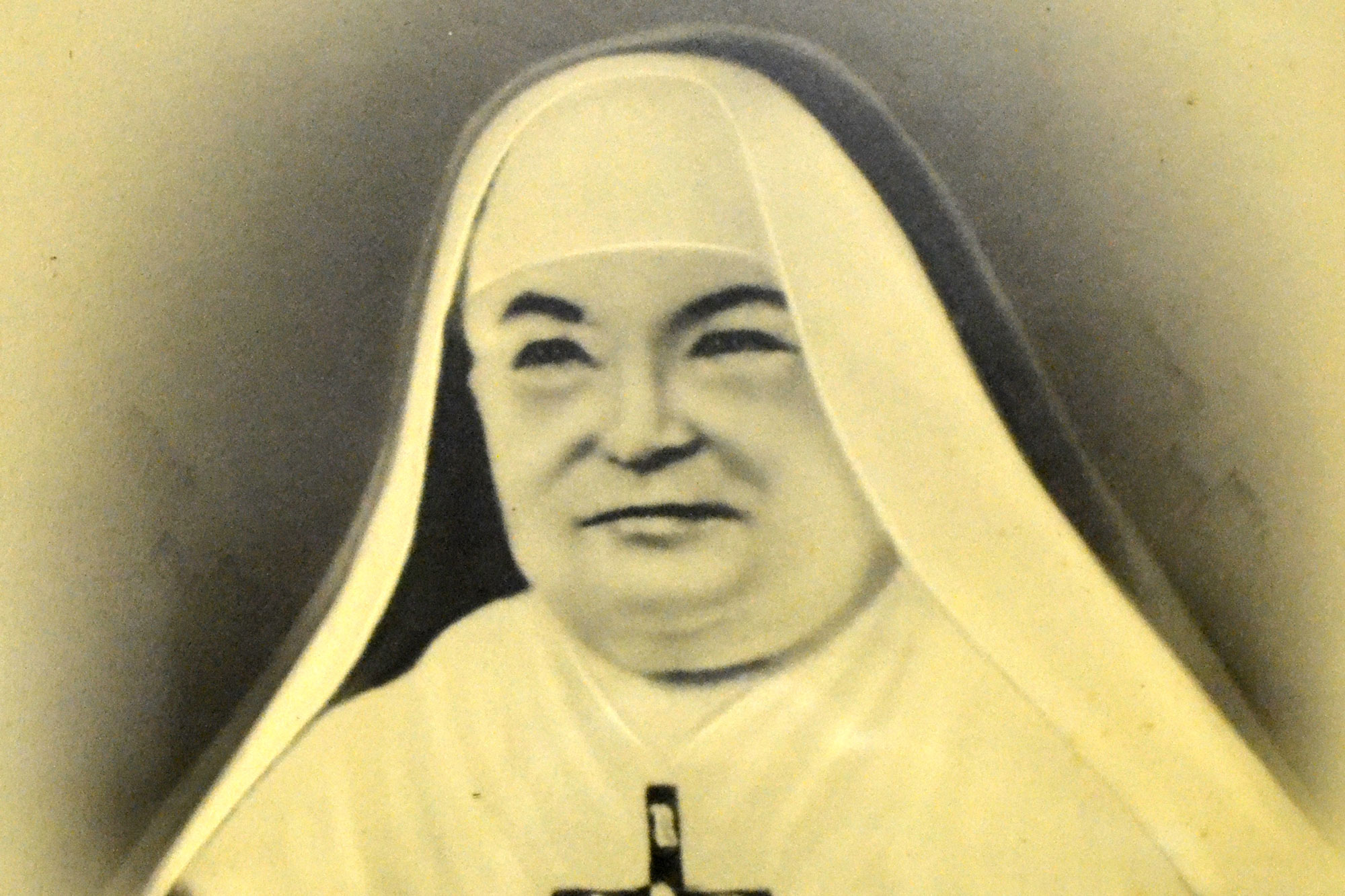 The structuring of the Congregation

As a woman seized by God and animated by a spirituality for an apostolic religious life, she structured the Congregation and strongly contributed to giving it a missionary spirit.

For a long time, the buildings in Bignan had proved too small for the young congregation. In 1860, the Mother House was established a few kilometres away, near Locminé. This became the second cradle of the Congregation, “Kermaria”: the “village of Mary”. A chapel was soon built there. Dedicated to Saint Joseph, it became, over the years, a place of pilgrimage for the surrounding populations and other regions of France. 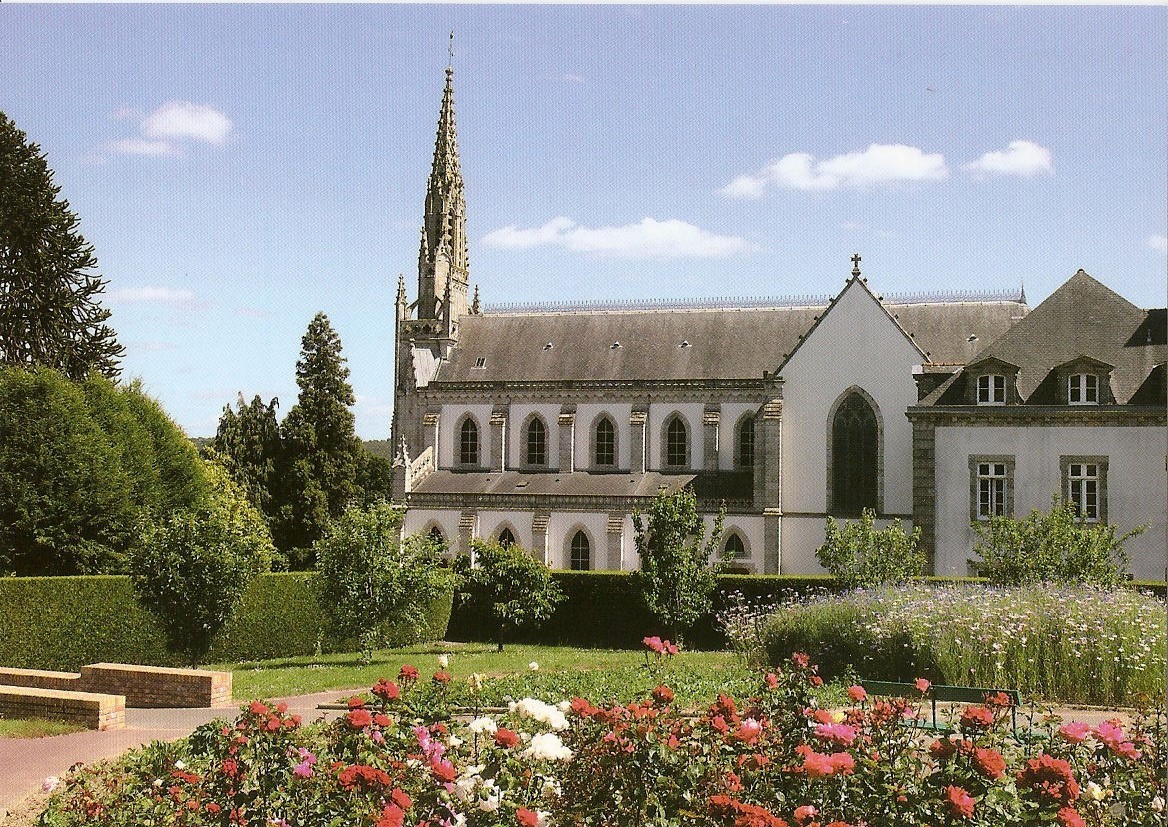 During the generalate of Mother Marie de Saint Charles, the Congregation experienced a remarkable growth: the number of sisters increased from sixty to more than six hundred and many foundations were able to be envisaged in a few years. They were often realised through great poverty and audacity and carried forward with faith in the future.

After her death in 1884, the Congregation continued to grow.

The richness of her spiritual experience 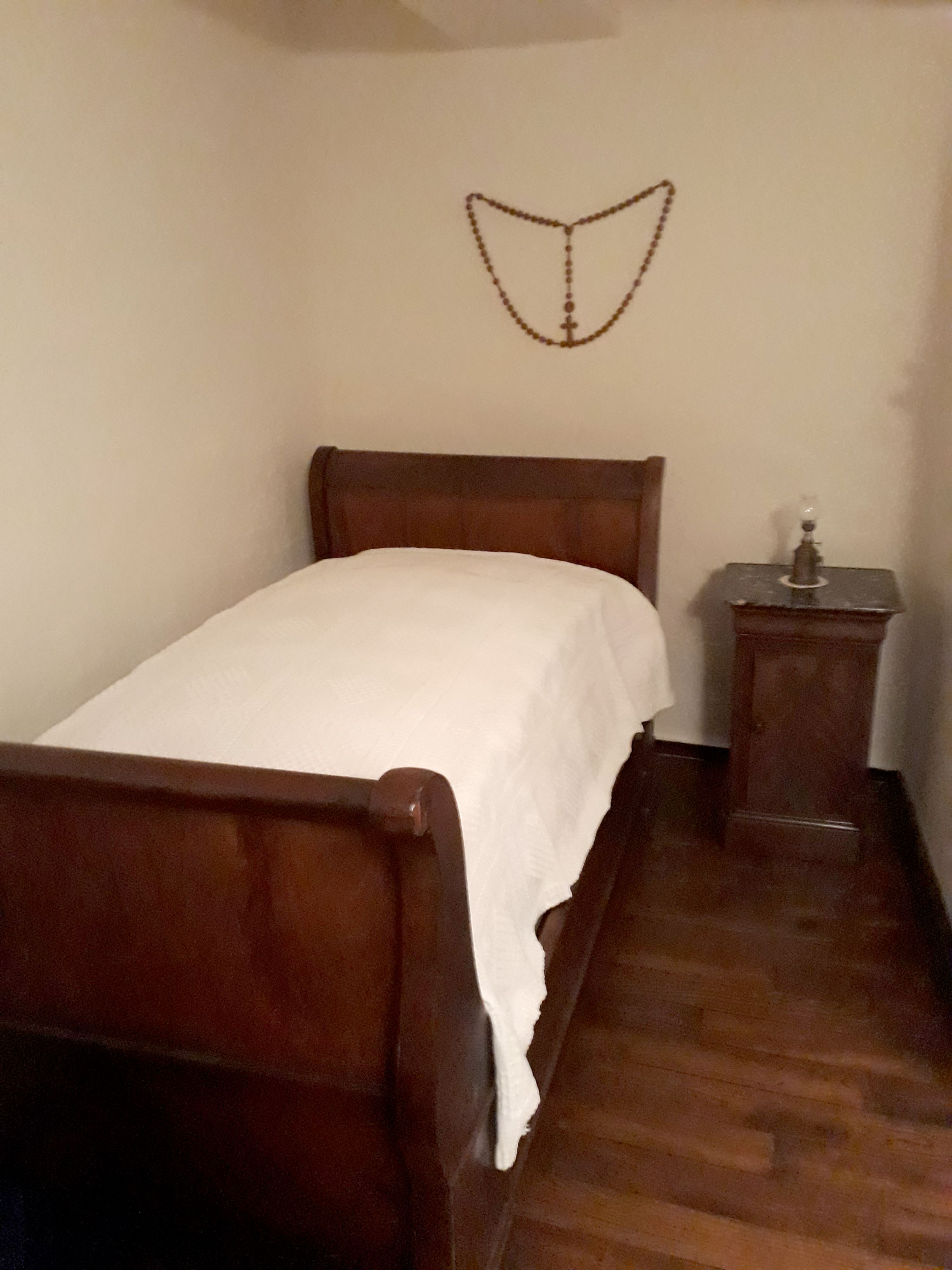 Although Mother Marie de Saint Charles contributed greatly to the development of the Institute, her essential contribution to the Congregation was elsewhere. It lies in the richness of her spiritual experience, and in a mysticism of apostolic action that she knew how to communicate to her Sisters through her example and advice.
For her, the action of the Sisters could not be reduced to an individual activity. It had to be supported by a common life marked by fraternal charity and by a poverty of life to which the Superior General was very attached.
For Mother Marie de Saint Charles, this apostolic action finds its source and its freedom in God.

“I concentrate on asking God ,” she wrote, “to give us his Spirit
to help us to act at the right time according to his good pleasure.
Then I leave myself in his hands calmly and peacefully”. 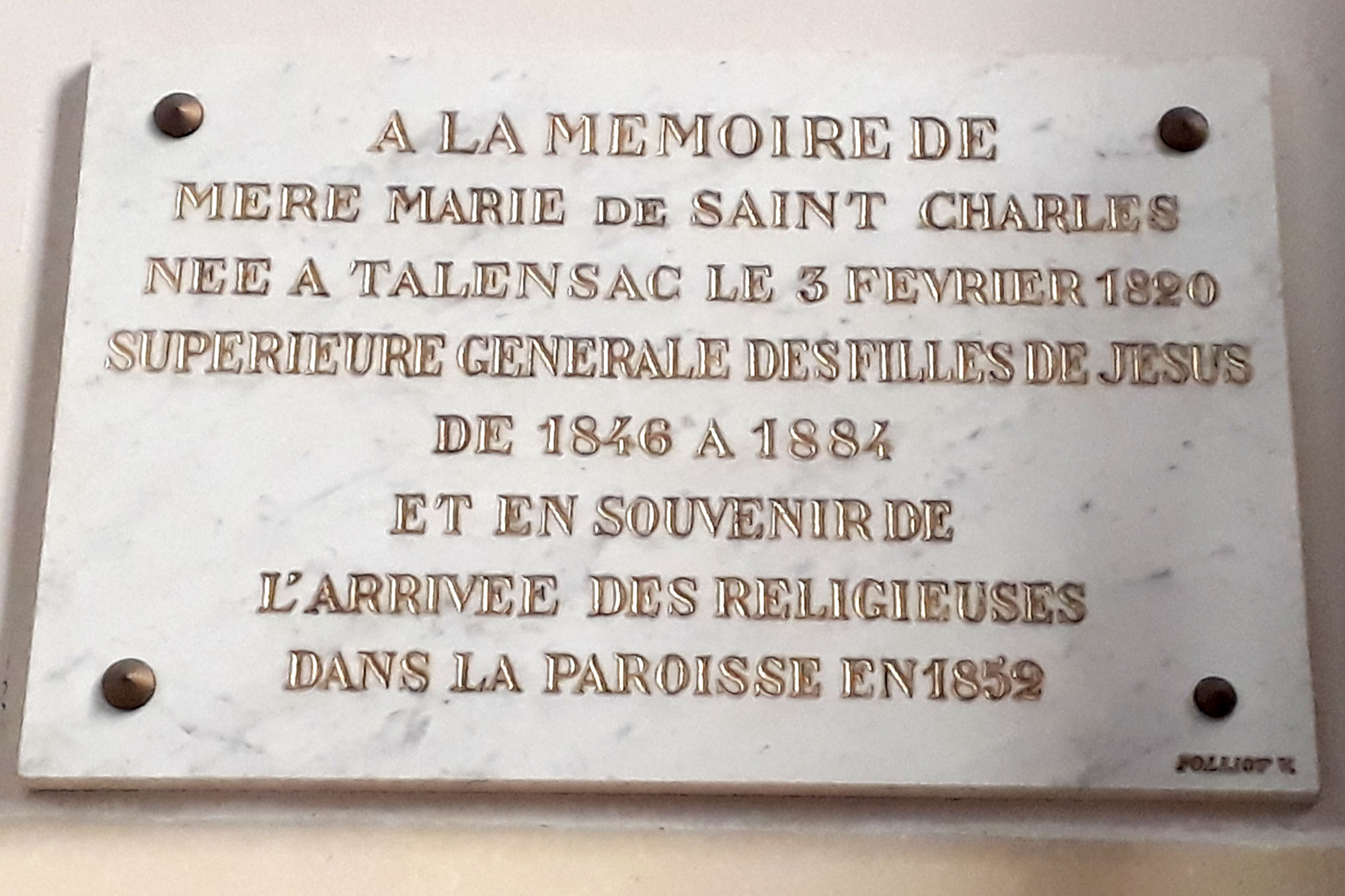 Mother Marie de Saint Charles is the only one of the first Superiors General to have left written documents. She never sought however, to write a literary work. They are occasional writings which nevertheless show what and who she was and what she wanted for the Congregation. Key elements emerge in the expression of her personal experience and in the advice she gave to the Sisters: humility, simplicity, trust in God, disappropriation, a constant search for God’s will. It is difficult to remain insensitive to these texts, many of which were incorporated into the 1983 Rule of Life of the Daughters of Jesus.

“Let us strive to progress continuously in the spirit of faith which sees God in all things and all things in God and which learns to turn all obstacles into means of advancing towards Him.” (1877)

“I am content with God, not with myself… I am happy just to be under God’s gaze… I remain there quite contentedly.” (1879)

“I want to ask our good Father St. Joseph for the spirit of recollection … the spirit of wisdom to act, in the difficult times we are experiencing, always in conformity with the divine will.” (1880)

“I have lived from day to day, striving to carry out God’s will and not my own, I am well-content with the good Lord in spite of the sufferings I foresee. I have only one wish: to fulfil his good pleasure.” (1881)

As Superior General, Mother Marie de Saint Charles left to the Daughters of Jesus and to the Associates the heritage of the motto she had made her own: 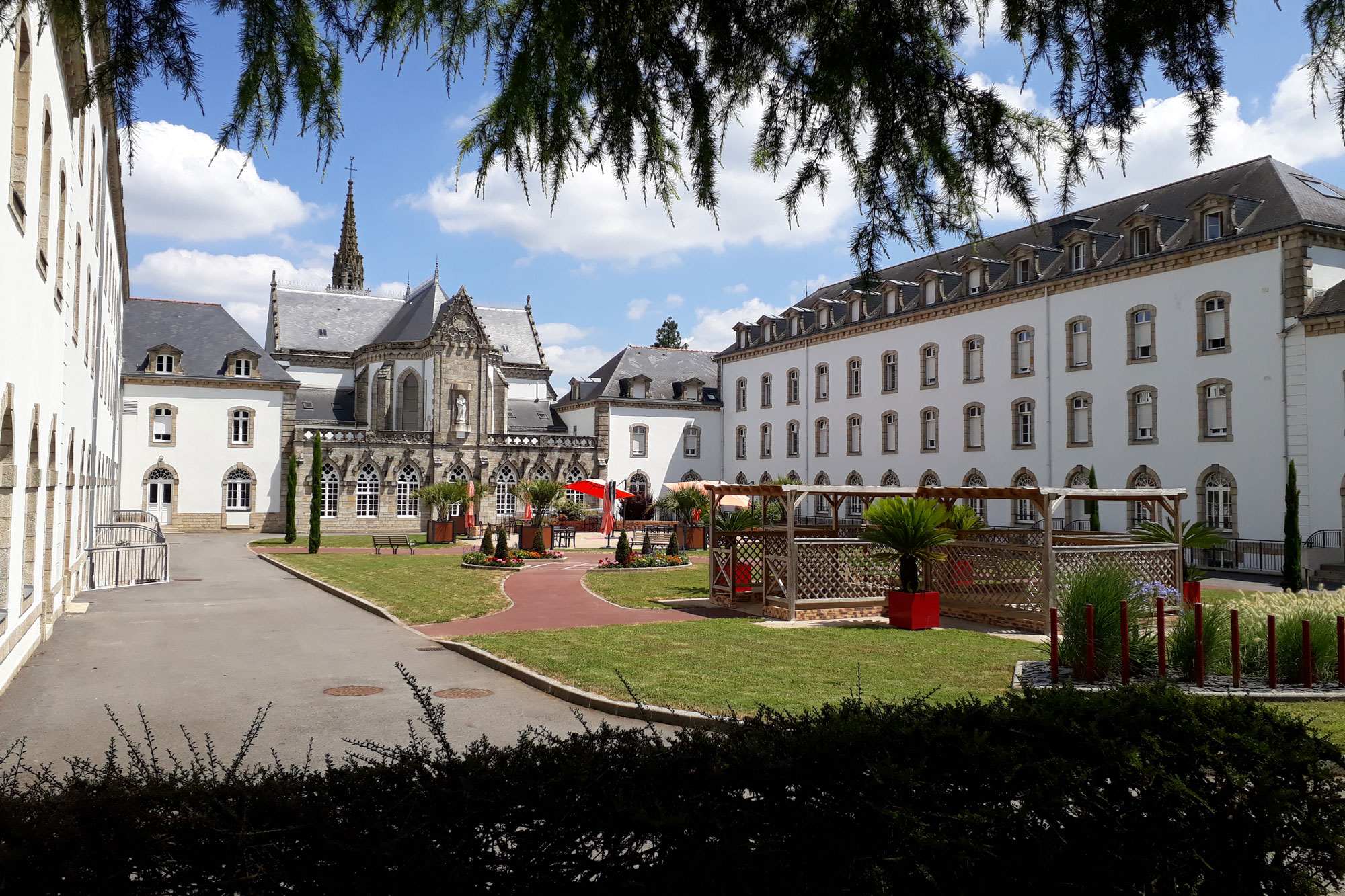 Mother Marie de Saint Charles remains a determining figure for the Daughters of Jesus and the Associates. She is considered to have been the “last foundress” of the Congregation because of her contribution to its structuring.
Share This