Love is timeless and without limits
Daughters of Jesus

Sister Cécile Lavoie tells us that even at an advanced age and beyond our own limitations we can be bearers of a Gospel that is liberating. 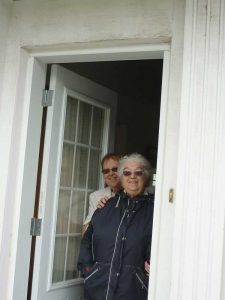 Our Charism as Daughters of Jesus invites us to open new avenues that would better make known “the Sacred Humanity of the Son of God.” One of our employees works from time to time at the local prison; through her testimony, I realized that I could begin corresponding with a prisoner. After our employee put me in contact with the prison authorities, I finally decided, last February, to communicate with them. They assigned me a very “hardened” prisoner, so to say, who at the age of 16, after a very difficult childhood, committed a serious crime. For more than forty years, from prison to prison, closing himself up more and more, not speaking to anyone, he became very violent.

A first step: opening up to others

In my first letter, I asked him whether he would like to become my friend. I introduced myself as follows: I am a 91-year-old woman who would like to have a friend. As a sign of friendship, I sent him a pair of socks to warm up his feet. His response was immediate: he agreed to be my friend. He cried a lot upon receiving the socks—no one had ever given him a gift over these last forty years. He told me he had no family members left. He thinks they were right to have let him down because of the harm he had done in his life. However, he remains hopeful that one day he will be forgiven. He asked me to continue corresponding with him because it really helps him. The prison officers told me that they could not get over the fact that he was beginning to talk about himself in his letters.

A second step: talking about Jesus

In my second letter, I told him that I would like to talk to him about my friend Jesus. 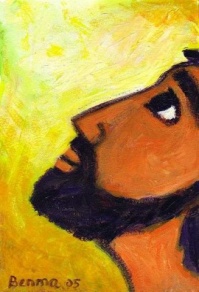 I shared with him that I am a religious sister and that I love Jesus very much and would be happy to talk to him about what I have experienced with this friend. However, I told him that he was entirely free to accept my proposal. He quickly replied, “I’m so happy! This is the first time someone tells me that she sees beyond all the harm I have done….

My heart is hardened but I have never been taught anything else…. I am a Catholic. I talk to Jesus every day. I also speak to the Blessed Virgin. I sometimes get angry with Jesus.” What progress in such a short time!”

Advancing together in Love

Happy and grateful, my friend keeps thanking me. However, he often tells me that I do not have to reply every time. As for me, I feel called to continue sharing the Lord’s compassion for him through our correspondence.

I told him that even though his parents never hugged him, never kissed him or were tough with him, probably they themselves had never experienced anything else. He recognizes that and adds that deep down he would have liked to be a sweet person. His probation officer keeps encouraging him since something wonderful is presently happening to him. His heart is now overflowing with joy. He prays for me and promises me that one day he will be able to tell me why he has spent so many years in prison. At the moment he doesn’t want to lose my friendship. 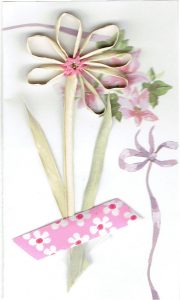 I have continued to encourage him with signs of friendship… small gifts. I sent him some maple butter. His officer observed his reactions: he held the jar in both hands and stared at it, open-mouthed. He picked up three slices of bread, covered them with maple butter and ate them slowly. That same evening before going to bed he repeated the procedure with a slice of bread…enjoying it fully.

In his following letter, he told me that he had never eaten anything so good. He thought he had been dreaming and did not want to wake up. “Now, I am a person who no longer feels alone… If you only knew how happy my heart is to have you as a friend. I did not trust anyone but you have given me the will to live, to share… I think that deep down I’m generous, but I’m having a hard time to let go of my emotions…”

Later on, I gave him three cards, beautifully decorated with a branch of blessed palm. He put one in his cell, gave one to his neighbor and put the third one in the cafeteria, explaining to his fellow prisoners the meaning of this symbolic picture. Just imagine this lonely and hardened man explaining this to his companions! What a miracle!

One more step towards freedom

For the last three years, the authorities had been offering him to follow a therapy to 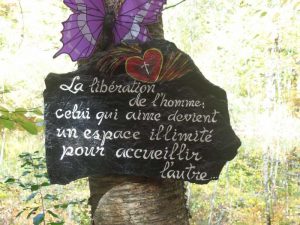 help him face and accept his life as it has been. He had always refused. However, today he tells me he is now ready. “But I’m afraid to lose you as a friend once you know what I have done.”

The officers kept encouraging him and he has been following therapy for a month now.

This testimony is for me a response to these words of Jesus: «Whatsoever you do to the least of my brothers, that, you do onto me. » Mt 25, 40. Proof that LOVE can change lives. Love works miracles!