Father Emmanuel Le Cunff, Chaplain of the Motherhouse of the Daughters of Jesus of Kermaria from 2010 to October 2021, passed away on 2 November 2021. During the celebration of thanksgiving, Sister Marie-Thérèse Quéré brought to life the charisma of the Father.

In his letter to the Romans, Saint Paul presents his mission of service as being directed mainly to non-Jews. The excerpt we are about to hear has been chosen for today’s liturgy of the Mass. We know that Fr. Le Cunff considered it important to use the texts of the day as much as possible when celebrating the funeral of a Sister.

It is this text, borrowed from the liturgy for this Friday, which quite naturally gave us food for thought as to how we could celebrate his “passage” of 11 years among us. In order to thank the Lord for this, we have chosen three main aspects of his person, which can be found in this extract from chapter 15 of the letter of Saint Paul to the Romans. 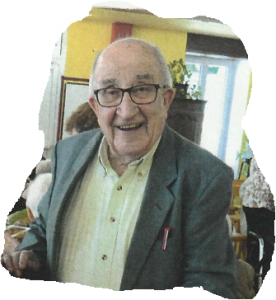 Encouragement and a positive view of people and communities

One of the aspects that first comes to mind is the view that the apostle has of the Christian communities born of the first evangelisation : ” I myself am convinced, my brothers and sisters, that you yourselves are full of goodness, filled with knowledge and competent to instruct one another”. As with St. Paul, we felt that Fr. Le Cunff had this ability to discern all that was positive when he arrived in the place he had joined as pastor.

We want to thank the Lord for this gift that he had received and cultivated. It allowed him to be close, with remarkable simplicity, to each person he met and to the different community groups, each with its specific character. He did not seek first of all to correct what was wrong. Even if he probably did not always agree with all the established ways of doing things, this positive outlook allowed him to suggest some possible changes.

We will take a moment to meditate on what has undoubtedly been God’s work in him, and give thanks.

He who loves has already passed through death,

nothing can separate him from the living God

Audacity “in the Spirit”, prudence and perseverance, legitimate pride

A second gift that the apostle received to carry out his mission is revealed in the following lines:

“I have written you quite boldly on some points to remind you of them again, because of the grace God gave me to be a minister of Christ Jesus to the Gentiles. He gave me the priestly duty of proclaiming the gospel of God … therefore I glory in Christ Jesus in my service to God. I will not venture to speak of anything except what Christ has accomplished through me …”

As with St. Paul, we can say of Fr. Le Cunff that he was imbued with the Good News of Christ. What he said, especially in his homilies, but also in his daily meetings, was a reflection of his following of Jesus. This he manifested in his actions and words, in a remarkable consistency of life.

The last homily he endeavoured to give last Sunday was, as always, to the point. If he had to forego celebrating All Saints’ Day with us for the last time, it was because he felt his strength leaving him. At this moment he entrusted himself to the Father of Jesus, this Master and Lord behind whom he had placed himself at every moment of his life. 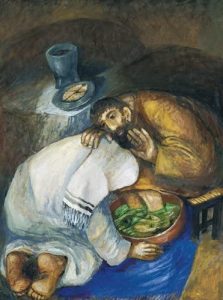 It is for this that we give thanks together today, we who have been the happy beneficiaries of it during these eleven years.

If our thirst for your light

has made us overcome fear,

our hearts will be at peace

Servant, minister of Christ, with the power of the Spirit of God

The last aspect of Paul’s letter that we retain today in our thanksgiving for Fr. Le Cunff’s mission, is that which is expressed throughout the text in several of the expressions already quoted. We can add to the mention of the person of Christ in the extract two mentions of the Holy Spirit. It is the Spirit who “sanctifies” and manifests his “power” to reinforce the spreading of the Gospel by all the baptized, especially by those who, at the service of the whole, exercise a particular ministry in the Church.

Without doubt, Fr Le Cunff witnessed on a daily basis, but more specifically in the celebration of the Eucharist and the sacrament of reconciliation, how important this role of the Spirit in the Church was to him. This did not lead him to consider himself privileged. He remained the “servant” of what he knew to be much greater than himself. He privileged this dimension of Incarnation which made him so close to us, the Daughters of Jesus, who have received the mission of humanising by “honouring the “Sacred Humanity of the Son of God“.

Today we give thanks to God for all of this and for the many details that each of us has been witness to.

If our hunger for your Word

has nourished our broken hearts,

our hearts will be at peace before you, Lord. 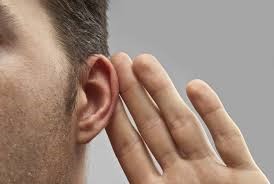 We will now hear again the last part of the Gospel of Saint Mark 12, 18-34, which Fr. Le Cunff proclaimed in this chapel last Sunday. He weighed each word – which was also due to his greater difficulty in speaking – before making a brief commentary highlighting the word “listen“, to which he also returned at the end of the Mass. Let us listen to this passage again:

Love the Lord your God

Love your neighbour as yourself.