Celebrating the New Year in Chili
Daughters of Jesus | Our life

The Daughters of Jesus in Chile tell us how they celebrate the feasts of December. For the Sisters in community there, Christmas and bringing in the New Year mean tradition, good wishes, family and social gatherings.

The origins of the traditions

The traditions related to the celebration of the New Year have evolved over the centuries, especially if we go back to the Spanish colonial era. The big day of meeting and celebration is December 31st, continuing on naturally into the 1st of January. However, for the native peoples of the country, especially the Mapuche, the Wiñol Tripantu is celebrated on the date of the winter solstice (which is in June in the Sothern hemisphere!), as it is for the Aymara and Quechua peoples. 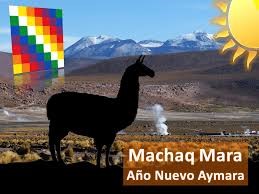 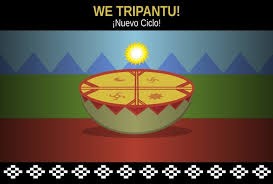 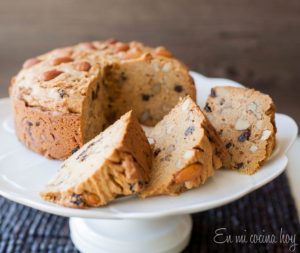 New Year’s Day is a joyful, extended family celebration where children travel whenever they can to be together with their parents. However, it is also a neighbourhood festival. After the traditional meal which can be turkey or chicken depending on the possibilities, comes the midnight toast with champagne or the “cola de mono” liquor and Chilean “Christmas cake”. Hugs and best wishes for the year to come follow. Then we usually go out into the street to greet the neighbours again with hugs to express our best wishes for the future. 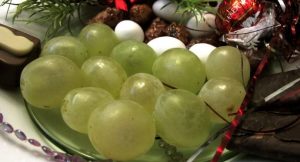 In the countryside on the first day of the year, we still eat roast lamb, but in the city, it has become less frequent. In some places, the tradition of putting 12 grapes on the table, or a spoonful of lentils, continues. Both symbolize prosperity and the abundance that is desired for the home. Another practice is to give yellow underwear, with the wish that the person will get married or find love in his or her life. 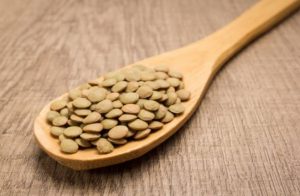 For some years now, there have been fireworks when the clock strikes midnight in Santiago, the capital city, as in other important cities and some towns. These may last from ten minutes to up to three-quarters of an hour and are a beautiful show for the people, although scary for the pets. The streets and squares are joyful, full of people expressing good wishes and their desire for happiness and a better life. In those early morning hours in the summer heat, it seems that there are no borders. 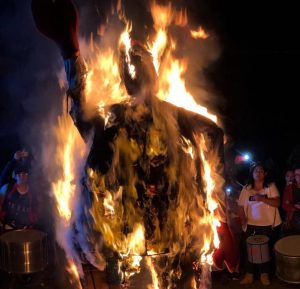 In the north of the country, there is a custom proper to the people of the region and rooted in their culture. For example, in Huasco where the Daughters of Jesus were present for a few years, people prepare figures, “monkeys” as they call them, that represent negative characters or situations. They assemble these “monkeys” in a very creative fashion, using old clothes, paper, wood, papier mâché, everything that is disposable and can be burned at midnight. Symbolically, they burn the harmful, evil spirits, whether it be in people or in situations, in order to make room for a new and better life. People who are artists are ingenious in shaping symbolic characters; others create likable, comic figures. During the time of the dictatorship everything that was abominable, symbolic of repression, was burned. It was a social denunciation.

Today as we write this article, we do not know how the coming new year will be celebrated. The present is full of uncertainties, the future is difficult to appreciate. Yes, we know there will be no official fireworks in Santiago. Cost is one factor, the uncertainty of each day, another. The people of the country at this time do not want to see lavish, unnecessary expense. At the same time, they are longing for great joy, the social and environmental justice that produces peace and that did not come 40 years ago. The current social uprising has sowed new hope. Chile has awakened! They want to create something new from the ashes we see today, a country for everyone, “until dignity becomes a habit”.

“A very happy New Year to all our readers”

The Daughters of Jesus of Chili