An Exceptional Gala
Daughters of Jesus

In her text, “An Exceptional Gala,” Rose-Aimée Diotte shows us how we can be witnesses to the Gospel through voluntary service. (Mt 25, 40). Like our Sister Ursule and her friends we are called to go towards the “margins”… “It is an invitation to question our comfortable lives in order to make way for an active and loving compassion.” (Acts of the General Chapter 2016, p 8-9.) 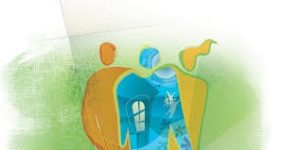 On Dec. 5th 2019 I accompanied Ursule Beaulieu, f. j. to a recognition gala for all the volunteers of L’ACEQ: (Association du Cancer de l’Est du Quebec).

We were warmly welcomed in a beautifully decorated room. What a surprise to see so many people seated at tables in small groups being served delicious snacks in a friendly and relaxed atmosphere enhanced by a soft background music.

At a given moment we turned our attention to the speakers invited by those in charge of the evening. Each of the volunteers was called forth to receive a tribute of recognition. The first in line was our sister Ursule and this is what was said of her:

“The Eastern Quebec Cancer Association is proud to award the tribute prize to Mrs. Ursule Beaulieu, volunteer at Perce-Neige Cancer Center. She also helps out at times to call bingo at the Hostel Omer-Brazeau and often gives a helping hand there for various fundraising events.

Since 2014, Ursule has been helping people suffering from cancer at the Regional Cancer Center accompanying them and their loved ones during the course of their illness. She also lends a hand during activities carried out for the benefit of the Association and animates pastime activities at the hostel. With her open-mindedness, her kindness and the ability to warmly welcome people, Ursule is making a significant difference in the lives of those affected by the disease. A very sincere thank you, Ursule!”

A much appreciated project 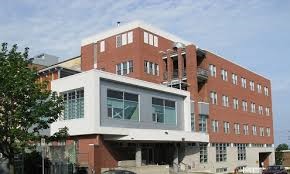 After the twelve recipients had received their tribute award and the official photos taken, Dr. George Lévesque was invited to say a few words. Forty years ago this man worked hard to establish the Regional Cancer Center in Rimouski so as to avoid the folks of Lower St Lawrence, the Gaspe region and the Magdalen islands from having to travel to Quebec for the appropriate treatment. Later on, Dr. Lévesque and the Omer Brazeau team succeeded in building a Hostel to accommodate cancer patients and their loved ones during the treatment period.

Afterwards, a tribute-souvenir was awarded to this founding doctor. The artist himself explained the symbolism of the future sculpture that will be set up in front of the hostel. He presented Dr Lévesque with a model of this monument. The crowd gave a long applause to demonstrate their gratitude to this doctor as well as to all the volunteers who support and pursue this humanitarian work.

What a marvelous opportunity for me to give thanks to the Lord for all this loving service so often performed humbly and anonymously! Gestures so beneficial to all those people going through difficult times. Isn’t that part of the light shining in the darkness!