A symposium in Tonneins ?
Daughters of Jesus

The Sisters of the community of Tonneins, France, tell us about a magnificent achievement. A neighbour, sensitive to the place of women in society and the Church, found the Sisters a little too « invisible ». Deciding to do something about shifting opinions and behaviour, he came up with the idea of a symposium on the subject.

We achieved what had seemed to be a utopian goal even if it was on the humble scale of our parish! Meetings between religious and lay-people, even between different Congregations, were held to prepare what turned out to be a day of intense reflection and exchange. Judge for yourself with these extracts from a report written by one of our Associates.

« The three-part conference presented by Sister Marie Luce (Marianist), made us reconsider many preconceived ideas. 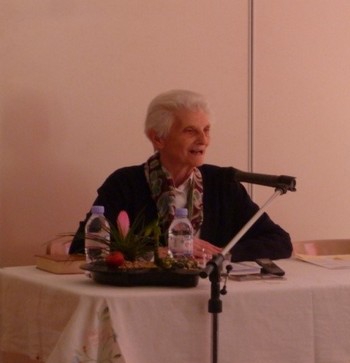 Firstly about creation as willed by God

“Male and female he created them.“,

God made Man and Woman to be complementary, different in their otherness, but to live together in a covenant.

Then the place of women in the Church

The clergy dominates and the people are taught. However, we should not ignore 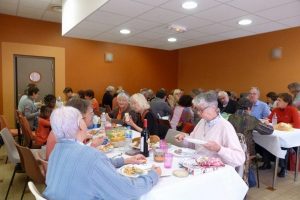 the action of previous Popes in the promotion of women in the Church. In the 20th and 21st centuries, women theologians have become more and more numerous, and are also present in Roman dicasteries, Bible commissions, etc.

There are women at the United Nations and at the Organisation for Security and Co-operation in Europe. France appointed its first ever woman Ambassador to the Vatican in April. The situation is changing in all sorts of different contexts … in Germany too. So that women may have their place, their right, and proper place.

Finally, we had different testimonies

Each one was as captivating as the other. 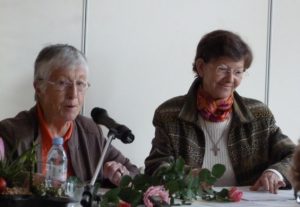 Two Daughters of Jesus who had been in Honduras told us about the very difficult living conditions for women and girls there. Using three rosebuds in different stages of development, Sister Jeannine helped us to understand their reality and the possible evolution of those who are accompanied and helped. She stressed how much she appreciated the support of the Jesuits there! Sister Liliane then made us aware of how useful traditional medicine can be in these countries and told us about her collaboration with a researcher. Back in France, they both continue to work with the marginalised in society.

But the Sisters were not the only ones to speak of their experience! We also heard from : 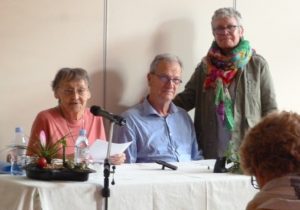 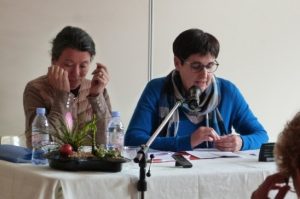 There were about fifty of us present, very few considering all the preparatory work, but the reactions were fairly unanimous and positive on the whole. Mentalities are, of course, always slow to change and this is only a first step. We will review the experience and perhaps follow-up it up. 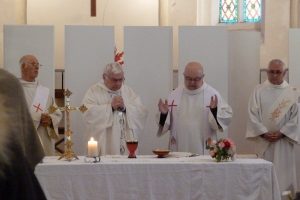 The day ended with a Mass to which people from the surrounding area were invited. We had our refrain ready waiting for us in the words of Patrick Richard :

How beautiful are your works

man is made in the image of God,

woman is made in the image of God.