A first for the English Province
Daughters of Jesus

May 25th 2019 saw Sisters and family celebrate an exceptional event, the first centenarian of the English Province of the Daughters of Jesus. Sr Mary Clare tells us about the party for Sr Angela Duffy (Sr Mary Angela of St Joseph) at Lourdes Care Home in Westgate on Sea and gives a glimpse into a long and colourful life. 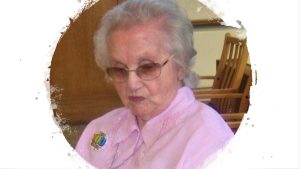 This occurred only recently when we applied for the congratulatory telegram that the Queen sends to all centenarians in the United Kingdom. It came to light that yes, Angela celebrates her birthday on May 24th, but her birth certificate gives 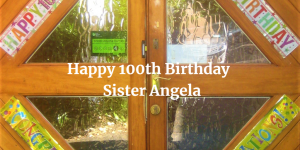 the date as August 4th. It turns out that she is one of those rare people who have two birth dates, ‘actual’ and ‘official’ – due to her family living far from the registry office and registering the birth well after the actual date.

In any case, the staff of Lourdes Care Home were not going to let the May date go by without a big celebration, starting with a concelebrated Mass of Thanksgiving in the Chapel. Sr Angela’s nephew and wife were present along with Sisters of the two Daughters of Jesus communities in Westgate and Ursuline Sisters from the care home community. 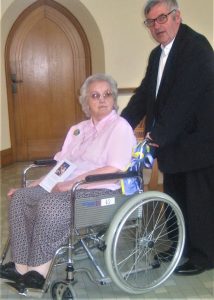 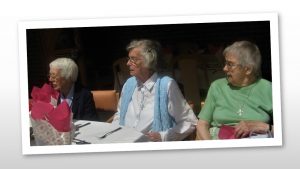 In his homily, Fr John, spoke of how Sr Angela had always sought to live out our Rule of Life by championing the cause of the less fortunate and young people. Afterward, during a festive lunch, different people showed their appreciation of Sr Angela’s life and recounted the contribution she had made to the English Province. 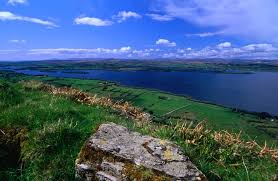 Growing up in Monaghan, Ireland Sr Angela always wanted to teach. As a child, she played at ‘schools’ with other children in the locality but when they grew fed up she would teach the stones instead. Through a family friend, Angela became acquainted with the Daughters of Jesus and in early 1939 set out for Kermaria to join the Noviciate. After profession on 2nd February 1941, because of the war she was 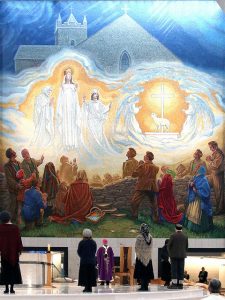 forced to remain in France and in fact spent the next 5 years in the Sainte Famille after she fell ill. The Superior General at the time, Mother Marie Angeline, visited her and asked if she was aware that she was going to die, to which Sr Angela replied – “Never!” It was at this time too that she had a vision of the Virgin Mary, appearing to some children. Later that she realised that she had seen Our Lady of Knock, a shrine to the Blessed Virgin in Ireland – hence her pilgrimages to Knock.

Sr Angela eventually returned to the UK in 1949, to continue her studies and teach in the senior school at Maryville, Welling. From there she went to St Joan of Arc Grammar School, Rickmansworth, where she rose to be Deputy Head. When the time eventually came to replace the head teacher with a layperson, the local education authority thought they had found the ideal candidate. Sr Angela had heard otherwise! So, on the due day, she placed a statue of St Joseph in the school Library where the interviews would take place. 10 minutes before interviewing began the star candidate withdrew her application – Sr Angela’s prayers had been answered. 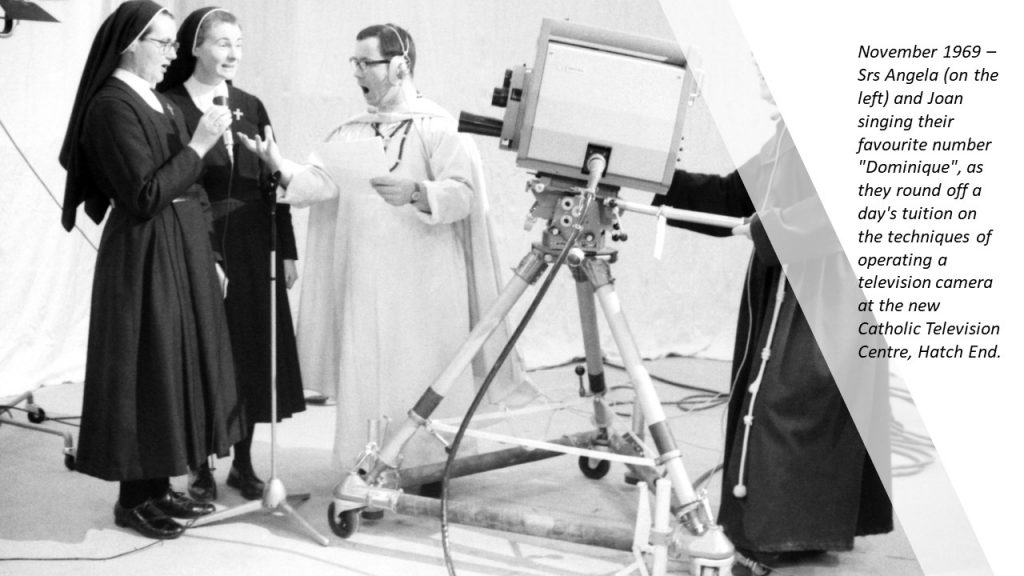 Retired but still on Active Service 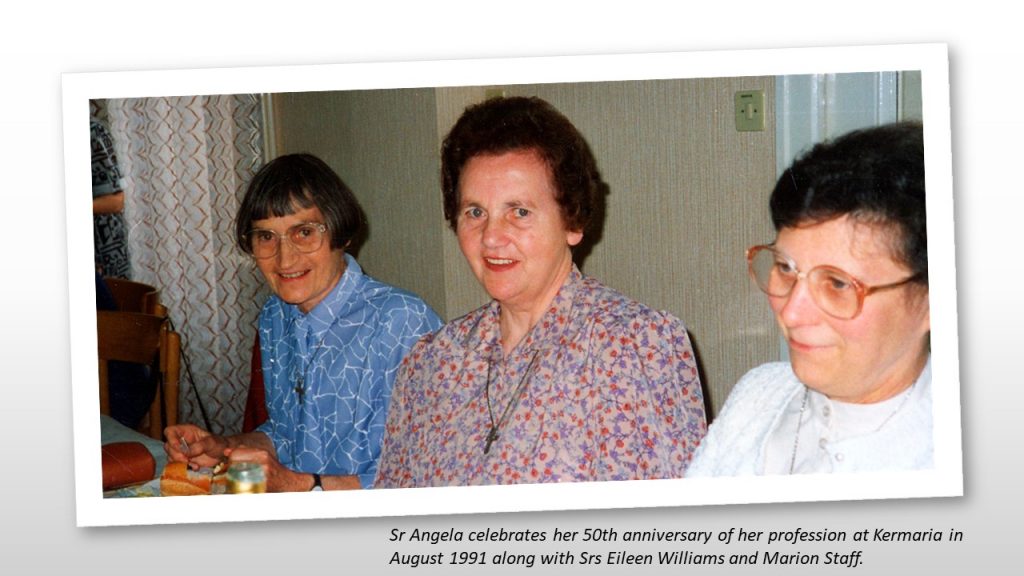 On her retiral, Sr Angela enjoyed a sabbatical in the USA, before joining the community in Westgate on Sea. Here she began a new apostolate as a hospital chaplain, as well as working as a volunteer alongside the Police to support victims of crime and the wives of prisoners. In all of this she lived out our wish as a Congregation :

“we wish to show special compassion for the most deprived.”

With much less mobility Angela can do no longer do what she once did. However, she still witnesses to her first call by : 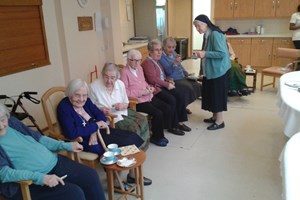 what is being initiated

and lived around her.”

We hope that, in this her second century, God will give her the health and strength to continue doing so!