With the Missionary Sisters of Charity
Daughters of Jesus

The canonisation of Mother Teresa on the 4 September 2016 was an occasion for Madeleine Le Beau to revisit the 11 years that she spent with the Missionary Sisters of Charity at Port-au-Prince (Haiti).

In 1993 I received my obedience for Haiti. My community was close to the orphanage of the Missionaries of Charity (MSC). I presented myself at the orphanage in order to made contact. It happened that a post was vacant: accompanying the poorest of the poor, the most destitute, the seriously handicapped. I reflected, I prayed, I accepted. It was in this way that I got to know the sisters of Mother Teresa and their work.

I very much appreciated the climate of prayer: prayerful and joyful liturgical celebrations, with times of praise rhythming the day. The whole of Thursday is consecrated to God. The sisters draw force from this union with God, the patience and availability to reach out to the residents, “faces of Christ living among us.”

Numerous volunteers offered their help. They came from almost all over the world. 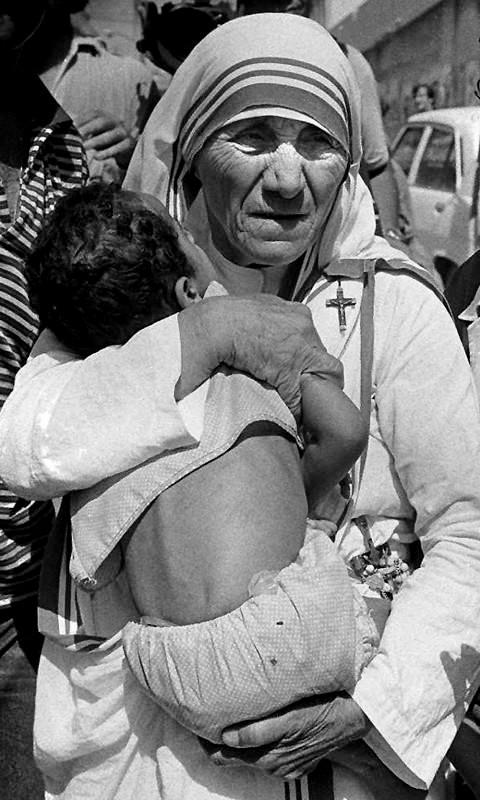 I remember the death of a child that I accompanied. All of the community of sisters assembled to pray with him and to sing the hope of the Resurrection. I was moved and happy. I remain marked by the experience.

One day, as I was leaving at midday, I was stopped by a troop of curious people in front of a stammering child abandoned there by a mother left helpless by this fact. He became one of us.

Later, a handicapped, 14 years old, Aids sufferer arrived one evening, hoping that we could help him. Admitted first to the orphanage, he was subsequently admitted to hospital for treatment that proved ineffective. He came back to the orphanage where he died with dignity.

The Missionary Sisters of Charity receive without exclusion, giving care, food and affection to all. Personally, I read in these given lives the realisation of Matthew 25, 33-45 and the putting into action of the charism of our Congregation « Honouring the sacred humanity of the Son of God”.