The roses and the blossoming garden
Daughters of Jesus | Our life

In the context of the Anniversary Year 2020, we celebrate with joy the 30 years of fusion between the Sisters of the Immaculate Conception of Paris and the Daughters of Jesus. It is a fusion that seen a beautiful garden come to flower. 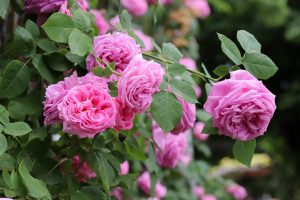 Before you begin reading, we invite you to step with us into a garden. It reminds us of an allegory, “roses and the blossoming garden”, shared by Father Révillon, more than thirty years ago, to a group of sisters who were trying to join another congregation. In this story, the rose bush, wanting to allow the flowers to continue to bloom and spread their fragrance, was looking for another garden. After encounters and meetings in the garden of the Daughters of Jesus, the Sisters of the Immaculate Conception of Auteuil made the decision, in a spirit of faith, to transplant their rosebush into the soil of Kermaria. That was in 1990.

This gardening vocabulary with its images of roots, sap, grafting, varied plants, lends itself well to the promotion of a better knowledge of the beginnings of the Congregation of the Sisters of the Immaculate Conception of Auteuil, its charism and the event of their fusion. Like fertile soils, the human and spiritual heritages of both congregations have enriched each other by accepting to share life together. 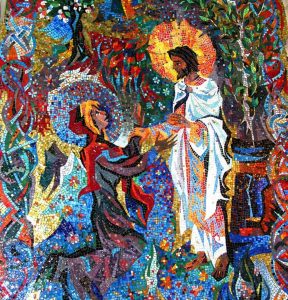 During these 30 years, the Gardener who opens the path, in truth and for Life, has regularly visited this new garden, his garden. He has accompanied trimmings and prunings. He has endeavored to foster harmony. As for his gardener-servants, they have been keen to go to the Spring in order to draw the water necessary to irrigate and ertilize the soil.

Birth of a rose bush

One of the rose bushes in our garden is already quite old, having been planted on the 21st of August 1858. This precious rose bush, preserved as a treasure, testifies to the richness of the historical, spiritual and missionary heritage of the Congregation of the Sisters of the Immaculate Conception of Paris. Its perfume travels through the ages and reveals to us this Way of Life (the name given to the booklet of the Constitutions of the Congregation in 1985) which offered itself as a gift of the Church to its brothers and sisters in humanity and which reaches us today. 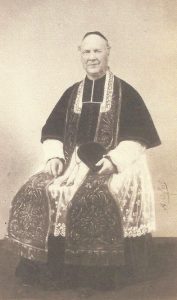 Father Jean-Baptiste Largentier was born on August 25, 1807, in Eaux-Puiseaux in the diocese of Troyes, France. Raised by his mother, who had a devotion to the souls of Purgatory, he was entrusted with this mission in the various parishes where he exercised his ministry.

In the months following his recovery from cholera in 1854, when he was vicar of Saint-Merry in Paris, his project to found a Congregation whose “special purpose would be to pray for the dead” was presented in Rome. Born at the time of the dogmatic definition of the Immaculate Conception, it was recommended to give the future Sisters the name of the Immaculate Conception. A first approval took place in 1856, but, like many other religious institutes, the Congregation experienced the precariousness of the beginnings. 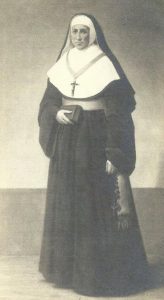 Sophie Joffroy was born on April 21, 1823, in Chivres, in the diocese of Soissons, France. After a few years of religious life with the Sisters of the Child Jesus in Soissons, she left that community. She came to Paris to follow up on the exchange of letters she had had with Father Largentier. From that first interview on July 21, 1858, Father Largentier knew that he could count on her to strengthen his small Congregation. Sister Saint Anaclet thought of refusing the leadership of the community, which at the time had 34 sisters living in extreme destitution. But after entrusting herself to the Virgin Mary and expressing her anguish to a Jesuit Father, she accepted this responsibility. 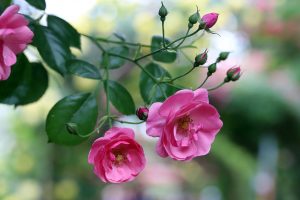 Animated by the spirit of their founders, the renewal of the 1985 Constitutions allowed the Sisters of the Immaculate Conception of Paris to update their charism in terms of solidarity with humanity “even beyond death”. Jesus himself stood in solidarity with a humanity cut off from God: He descended to hell. God is the God of the living and of the dead. The sisters thus continued to be servants of the Mystery of Redemption: to turn the suffering face of humanity towards the merciful face of Christ, towards the light.

Being impassioned of Jesus Christ according to the spirit of St. Ignatius, the Sisters give, at the heart of their daily life, a preference for the most destitute with whom Christ identified himself in his passion, especially for the sick, by accompanying them in their sufferings and infirmities, by bringing them comfort. Preference also goes to the neglected and oppressed, helping them to regain confidence in their human dignity and to integrate into society. Their constant desire is for every person to fulfill his or her vocation as a child of God. 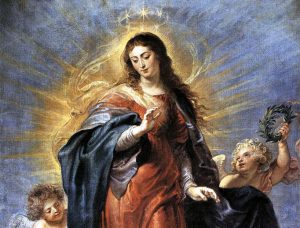 The Sisters pledged to live this charism under the protection of the Immaculate Conception of mary.

“The Sisters will, therefore,

have to apply themselves

to imitate in their conduct the virtues

of the Most Holy Virgin,

their model and their Mother.”

The Sisters of the General Council of the Daughters of Jesus