Madeleine Le Beau and Suzanne Le Rouzic answered the request for replacements at the community of the rue d’Arras (Paris 5ème) where the sisters’ mission is one of “welcoming”. They share with us how they lived this experience.

“On the 2nd August 2016, the house was very animated: arrivals and departures after the g

During my stay I appreciated the thoughtful but relaxed attention of Anaïse, Renée and Annick, the sisters present in the community. I appreciated alternating between the reception desk and doing housework as working sitting down was restful after cleaning the bedrooms and washing the office windows!

Having some free-time in the early afternoon allowed me to visit the neighbourhood: the Botanical Gardens, 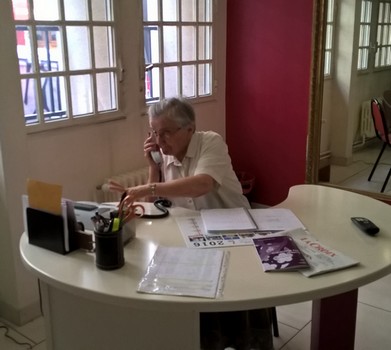 the Institute of the Arab World and some museums. The tiring work was also lightened by spontaneous exchanges in confidence with the other two volunteers, Madeleine Le Beau and Rhona Burns. We passed a very agreeable evening at the community of the rue de La Roquette at the invitation of Irène Bourel,home alone.The meals at the rue d’Arras gave me the opportunity to briefly meet our new Superior general Micheline Cormier whom I do not know, as well as the “Older Brother” from Cameroun who convalescing with the community.

This stay gave me an insight into the realities of the welcome that the community offers throughout the year. I have a special memory of the 8 o’clock Mass at Notre Dame of Paris : the beauty of the building, the atmosphere of recollection.

I have been surprised to note that I found my stay restful, without doubt due to the “change of scene” and the fraternal links that I lived.”

“When I returned from my sabbatical year in Canada at the end of June 2016, I was fr 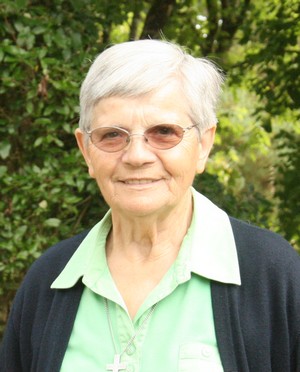 ee to give a helping hand during the holiday period when there is often a need to replace sisters. I was asked to offer two week’s service at the rue d’Arras to replace the cook who was on holiday.

This service as an opportunity for me to meet sisters that I did not know, 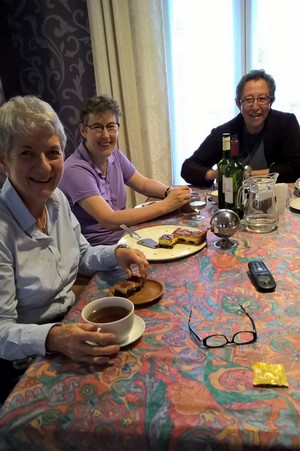 some of whom were delegates at the general chapter, and others who had come like me to assure replacements in this house of “welcome”. We lived in a climate of fraternity and mutual help with times of sharing and relaxation. We had to be available and help each other out according to events, each one getting involved according to her possibilities.

This service deepened my sense of belonging to the Congregation. I also experienced once again how we have to enrich each other mutually in order to live our mission there where we are sent.