From Monday 29th August to Friday 2nd September, 90 sisters in community service came together at Notre Dame du Laus for the General Assembly of their group (G.R.C.S.).

The objective of this assembly was to come up with the theme for the reflection for the year 2016 – 2107.

Based on the propositions put forward by the sisters, the following theme was chosen:

“Following in the footsteps of our founders,

let us be audacious and inventive

Over the course of three meetings during the year, the sisters are invited to reflect with an emphasis on the following points:

During the Assembly, Father Ludovic, the vicar general and priest in charge of the Marian sanctuary, came to greet us and talk to us about the history of this place of pilgrimage where the Virgin Mary appeared to a shepherdess, Benoite Rencurrel, a laywoman en route for beatification. This place was chosen for the Assembly in this “Year of Mercy” because Benoite was a witness to mercy over 54 years.

Father Ludovic invited us to participate with the pilgrims in the different offices, eucharistic celebrations, vespers, adoration …. according to our possibilities. 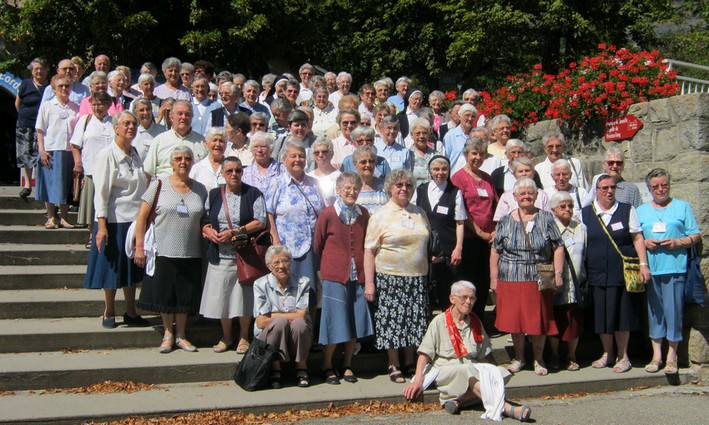