Rediscovering today the beauty of the world
Daughters of Jesus

It would seem that our world today is marked by a non-respect and an indifference to the beauty of our EARTH. We are called to rediscover this beauty and the origin of its source. This is what Lina Cyr invites us to do by sharing some of her reflections.

God said: “Let the water teem with an abundance of living creatures, and let birds fly above the earth under the ceiling of the sky.” Gen.1, 20. Even in October 2019, Genesis is still relevant today. The following reflection could easily prove it : While I walked back and forth on the 2nd floor gallery, I witnessed the aerial encounter of a large plane heading north and a small bird heading south. As I really like to reflect and meditate on nature I took time to do a simple research and this is what I discovered:

Why such a detail? 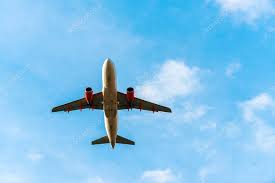 Simply to show the extent to which science has reached. How many years has the former one served? How many researches and how many scientists pooled their discoveries to achieve such a realization? What about the day when, for the first time, this giant bird decided to launch into space as if it weighed 12 grams. To achieve such a performance it took forms, signatures, knowledge, physical and mental skills, plus all kinds of evidence, medical exams, and what more?

Now, what can be said of the small 12 gram-creature? 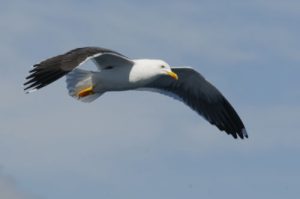 Shortly after its birth, it flew – just like the 200 ton aircraft, – with a unique, divine-created engine, without having attended any special schools, without any ID or business credentials, without a credit card or smart phone or GPS, or gas tank, etc. This bird’s food package ?… a simple return to the earth-table of nature which ensures a 24 hr day service : a seed here, another, a little further, and above all … an organic menu! This dear little bird is equipped with everything necessary to travel wherever and however it chooses, and as often as it desires. No police force can stop it, or take away what it has been given, not from universities, but from the Great and Unique Scientist: God, the Creator!

O God, ONE and TRIUNE, teach us to contemplate you in the beauty of the universe where everything speaks of you and about you. Awaken our sense of praise and gratitude for every creature you have made . (Laudato si: Pope Francis)

Were not our authorities inspired in inviting us to go forth “In a dynamic without bounds, to fly and sow seeds of Hope.” Gen. Council, November 2019.