In the Ivory Coast – a Fiftieth anniversary!
Daughters of Jesus

The Sisters of Daoukro, in the Ivory Coast, give us an account of the opening of a year of events marking the 50 years of presence of the Daughters of Jesus.

The Daughters of Jesus, have been at Daoukro, in the Ivory Coast, for the last fifty years! Such an event must be celebrated along with our Sisters of Brobo – a community founded in 1983.

The opening ceremony took place on November 25th and 26th and was marked by much participation and help of every kind. On both days the parishioners put themselves out to ensure the success of this event. The cooking pots were busy from early morning on as we were approximately 350 for the meal. 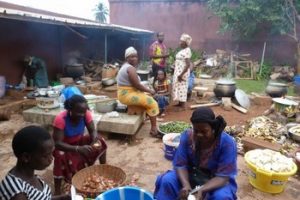 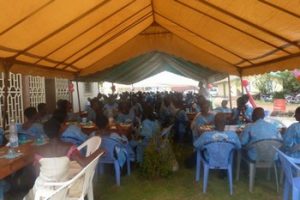 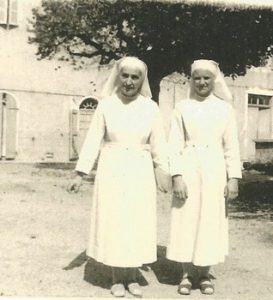 Sr Madeleine (left) and Sr Claire, founding sisters, at the moment of departure from Vaylats the 8th September 1967

In the evening, we enjoyed a great concert with the participation of 5 choirs; a drama group recounted, in their own way, the needs of that period; the decision to send 2 Sisters from France and their first steps in this land mostly inhabited at the time by the Baoulé people.

An account of our early experiences in our two communities in the Ivory Coast revived many memories for the elderly and allowed today’s Sisters to have a better idea of our history. We then journeyed through these 50 years by looking at a whole panoply of photos in a 45 minute slide show. 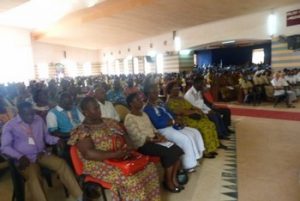 The Eucharist, celebrated by our Archbishop and closely followed by all present, was a prayer of thanksgiving for a very rich past. It was also an occasion to place into the hands of the Lord a present and a future which He alone knows.

We would like to express our gratitude to the Lord and to the many “willing helpers” who worked for a whole month in order to support us and demonstrate their affection for us. 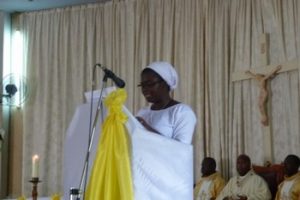 Many events and celebrations will take place from November 2016 onwards. The closing ceremony for this fiftieth anniversary will take place at the end of June 2017 and a new page will be turned so that we may continue to “HONOUR THE SACRED HUMANITY OF THE SON OF GOD” on Ivory Coast soil.