Together, to embrace the future…
Daughters of Jesus | Our life

From February 15 to 22, twenty-five (25) Daughters of Jesus, delegates of the Province Canada, were gathered for the 2nd Provincial Chapter at l’Accueil Notre-Dame (Quebec). Here are a few highlights of this week of sharing and discernment. 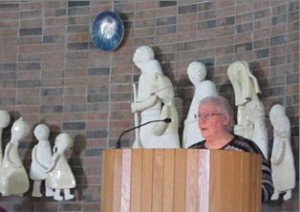 The official opening of the Chapter occurred at the Eucharist on February 15. Sr. Pâquerette Dessureault, Provincial, began with the calling and sending of each capitulant for this mission. The Sisters of the services team joined the group for the blessing by the celebrant. 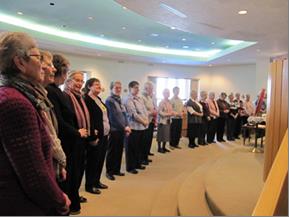 Next, three representatives of the Associates drew a picture for us, of their situation in each of the Vice Provinces. Their witnessing of faith enlivened our hope in the future as we observed how the charism of the Daughters of Jesus inspires and supports their Christian commitment in their lives.

After a reflection carried out in each of the Vice Provinces, a number of facts emerged concerning the concrete realities of the Province, the Congregation, the Church and the World. Enlightened by the Word of God, each Daughter of Jesus was invited to accept the challenge of the prophetic dimension of our charism in order to discern and recognize the newness to which Jesus, humble and servant of all, is calling us to follow Him today.

During the Chapter, we deepened our knowledge of these facts, in order to express the calls in a language that is significant for today. The result of this work, will be sent on to the General Chapter which will take place in July 2016.

Near the end of the week, in an atmosphere of silence, recollection and prayer, we proceeded to elect delegates who will participate in the General Chapter. The Sisters designated, generously expressed their availability. 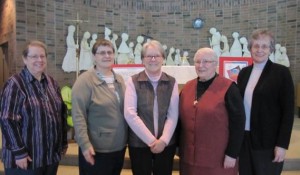 We want to underline the contribution of Sr. Marie Annick Morice, dj, Assistant General, who accompanied us discretely, throughout this work. 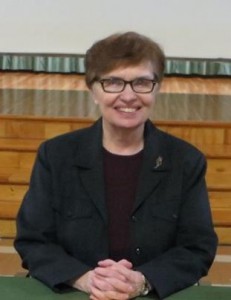 A special thanks is given to Sr. Jacqueline Boudreau snjm, who, in the role of animator, was able to guide the reflection and the rereading of each day.

Here are a few photos of the participants of the Provincial Chapter:

Representatives of the Vice-province of Edmonton

Representatives of the Vice-province of Moncton

Representatives of the Vice-province of Rimouski

Representatives of the Vice-province of Trois-Rivières

To each Daughter of Jesus, we wish a good journey toward the General Chapter.