On Saturday the 5th december while the large international meeting COP 21 was taking place in Paris, the Christians of the diocese of Cahors (France) were invited to

pray in union with the Christian Churches.

For us who live a bit far out, the question became: “And if e could get together to pray together at same hour in union with them?”
When it had been proposed the previous Sunday, several nods of the head made us believe it could be possible! We obtained the proposed outline from those responsible and we adapted it!

In the end 11 of us gathered together to praise the Lord for his Creation: 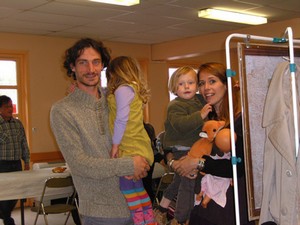 The spontaneous participation of each one (readings and movements) was impressive by its truthfulness and simplicity!

We believe in one sole God, creator of the universe, of all that makes up our planet: water, air, earth, fire, plants, animals and all living beings.
He is for us, the Father of all: women, men, the young, children.

We believe that humanity, created in the image of God, is responsible individually and collectively for the future of and the accomplishment of Creation. 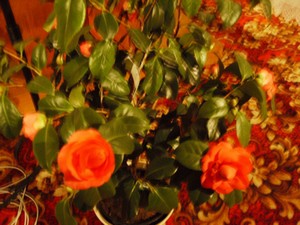 We believe in Jesus Christ, sent by the Father into our world, to reveal to all the love of God. We believe that his Word is a source of life; it opens a fraternal future to humanity and shows that life is stronger than death, that love conquers hate.

We believe that each initiative taken in the service of others helps towards the birth of a new world. We believe that Jesus Christ is with us all wherever we live, and that with his Spirit, he opens to us possible ways forward for today.


We believe in his Spirit who guides us and enlightens us in our steps towards sharing, listening to and being open to others.
We believe in his spirit who makes us live in the Church with others so that we may participate actively in the creation of a world of justice, peace and love; the Kingdom announced by Jesus Christ.

Driven by the Spirit, we want to be Creators of another humanity, the harbingers of Hope!