Celebrating 114 years of mission in Rickmansworth
Daughters of Jesus

As they leave one of their first insertions, the Sisters of the English Province of the Daughters of Jesus reflect on what this means for them … a poignant moment but one also when they can give thanks for all that they leave behind.

For more than a century …

On the 13th April 2018, eleven Daughters of Jesus along 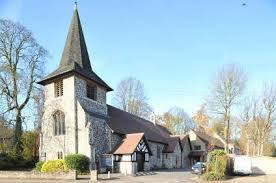 with parishioners celebrated a Mass of Thanksgiving and Farewell at Our Lady Help of Christians, in Rickmansworth, a town northwest of London.

In 1904 a request for sisters had been made by the Augustinian priests who were administering the Parish of Rickmansworth at the time. Sisters Marie Septima and Marie des Saints were the first two sisters to arrive, fleeing from persecution in France? Strangers, foreigners, armed with nothing but their deep faith, indomitable spirit and a profound 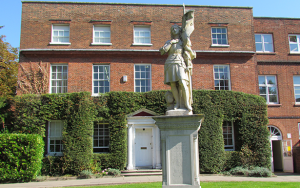 commitment to the mission with which they had been entrusted – education. 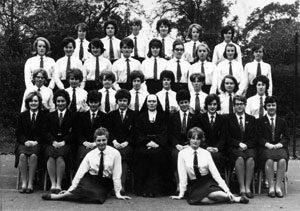 Starting from very humble beginnings, their successors leave behind them two well established and thriving schools: a dynamic academy with over 1200 students, St Joan of Arc, in Rickmansworth and a Primary School, St John’s, in an area to the west of the town. The two provide free education with a Catholic ethos for children between the ages of 4 and 18 years … “an ethos that will allow each pupil to become the special person God intended them to be”. 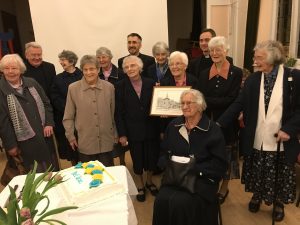 A former parish priest, Fr Jim Duffy, who had spent many years in the parish, gave a warm tribute to the sisters with a triple “thank you” as the salient point of his homily.

The Mass concluded with a vote of thanks to the parishioners by Sr Teresa McMenamin, the Provincial. She thanked them for their encouragement and for the witness of their own commitment in life to what it means to create community. The present Parish Priest then presented Sr 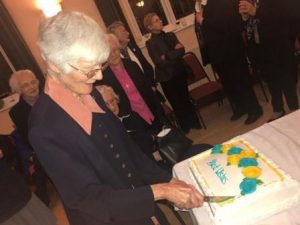 Teresa with a pen and ink drawing of the Parish Church as a reminder of the 114 years the sisters have spent in Rickmansworth. 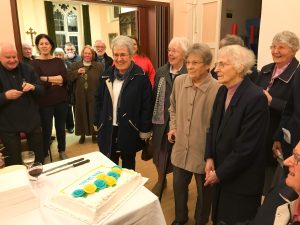 Rickmansworth has grown since the early days, but the influence of the sisters lives on. True to the charism of the Congregation, the sisters lived and worked closely with the people not only in Rickmansworth but in neighbouring areas too. The closeness of the sisters to the people was evident by the number who attended the celebration. There were friends as well as past pupils and even though it was a poignant occasion, the reception which followed the Mass was punctuated by ripples of laughter.

As the sisters leave for a new insertion and administration house in Kent, in the south of England, they can move on with hearts full of gratitude to those who, over many years, have been their support and mainstay.

Sisters of the English Province