« ANDREITA », A SHORT LIFE BUT ONE FULL OF MEANING, LOVE, AND ENERGY, IN THE FOOTSTEPS OF JESUS
Daughters of Jesus | Our life 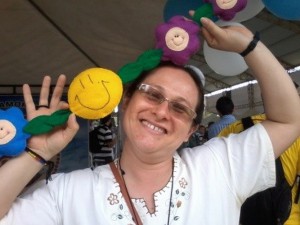 It is thus that we will remember our sister DIANA ANDREA DIAZ SILVA, who departed for the Father’s house the 9th December 2015.

In the midst of our sadness at her departure, like a candle that was slowly eaten up with much resistance since January 2015 when we learned the unfortunate diagnosis: aggressive medullary leukaemia.

This event was an occasion to marvel at the absolutely merciful and loving action of a God who is close to us and who loves us. This action was shown in : 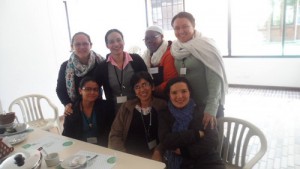 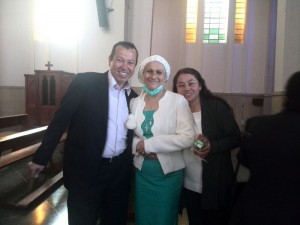 Many of the feelings and reflections that this illness provoked in us as a Province.

In all of this God showed himself to us by making us see that his presence is not just a consoling idea; his closeness is real and gives strength, hope and comfort. It gives sense both to life and to the reality of death.

We feel even more Daughters of Jesus, more grateful and with less of the obsessive questions around “why”. As Father Carlos Berna Jiménez said in his sermon at the funeral Mass : “We should ask for what and not why?”

The answers we have found have taught us how to give a new sense to how we live out our existence and our relationships, how to express the life that we have. At the same time they have shown us the reality of the death that touches the fibres of our fragile and limited humanity.

From God’s perspective, we can look at it differently, with a regard full of hope, for as Saint Paul says : “If our hope in Christ has been for this life only, we are the most unfortunate of all people.” (I Corinthians 15, 19) 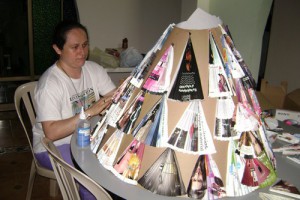 This living out of faith and fraternity led many people all throughout the wake and on the route to the cemetery “Jardines del Apogéo” to express their admiration for the community of Olaya (Thérèse Pérot, Cecilia Valbeuna, Martha G. Rodriguez, Christian Otalora and on placement as a novice, Nolvia Avila). Without sparing their efforts, the sisters welcomed in a very fraternal and affectionate way family and friends, but above all the hard reality of a young sister’s illness.

Without the prayer of each and everyone, this experience could not have been lived as it was. Thank you for the solidarity and the communion.