A tale of two halves
Our life | Daughters of Jesus

The Sisters of the English Province of the Daughters of Jesus tell us how they have managed to mark important anniversaries despite the present constraints.

Take three platinum jubilees, another of 75 years of religious life, and a centenarian to celebrate. Put them up against a pandemic, a lockdown, and communities separated by hundreds of miles, and you might forgive the Sisters of the English Province of the Daughters of Jesus for saying it was just all too difficult. Never say die! Yes, we had to cancel the traditional jubilee celebration that normally brings the Sisters together in June. The celebrations, however, went ahead at the beginning of August, each in their own locality and with each Sister honoured in due style. The same aplomb as had been shown in The big picnic for hope earlier in the year came to the fore – an appropriate touch given that all of them have a link to the Second World War in the story of their religious life.

First half to the south 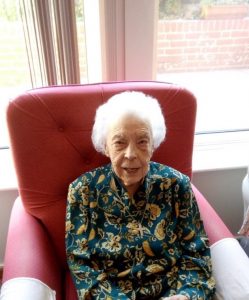 The two Westgate communities in the south-east took first turn on Sunday the 2nd of August to mark the lives dedicated to God many years ago in the shadow of the Second World War. Here the guest of honour was Sister Kathleen Clapham who was the last member of the English “war novitiate” before formation returned once more to the Motherhouse at Kermaria in France. Kathleen deserves our prayers and thanks for her 75 years of active service, which include being chosen to receive the Maundy Money from the Queen for her service to the local church in her local area.

Second half to the north

Two days later the Sisters in Peterborough towards the north of the country marked the Platinum Jubilee of Sisters Winifred Crowther, Sheelagh Clarke, and Monica Wyard with a thanksgiving Mass in the local church of St Luke followed by a celebration. Sister Teresa, the Provincial, was able to attend along with friends from the parish, even if social distancing and masks were de rigueur. Again, it was an occasion to remember long years of service, mainly in education and chaplaincy work. Srs Sheelagh and Monica entered the novitiate through our schools in the south-east London area while Sr Winifred came to the Congregation after having been a war evacuee with the Daughters of Jesus in Colne in the north of England. 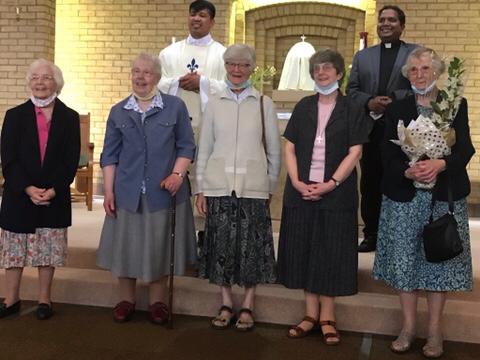 And again to the south 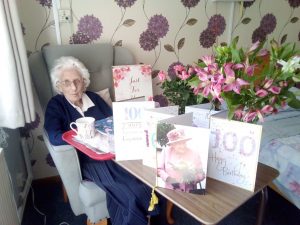 at the Ursuline Lourdes Care Home in Westgate. This time we had to get around the “lockdown” which has seen the residents in old peoples’ homes strictly confined with no visits from the outside. As it happens, Sr Maureen has a ground-floor room which gives on to the garden. This meant the Provincial and two other Sisters were able to visit her for the first time since March 17th, even if it was only to say, “Hello and Happy Birthday” from the safety of the patio.

The visitors who had also delivered the customary 100th Birthday greetings from Her Majesty the Queen were only one item in a very full day. Here we are grateful to Ursuline Sister Gwyn who sent us a full report of the celebrations. We really must thank the staff at Lourdes for making the day so special for Maureen. A decorated breakfast tray and Holy Communion in her room gave way to a party lunch in the dining room. Lockdown does not mean you cannot have flowers, cards, Happy Birthday balloons, bunting, and a delicious meal with your fellow residents. 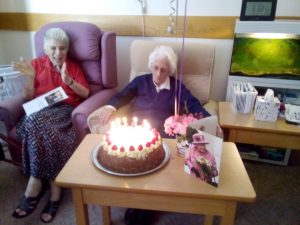 Maureen, we are told, comes from a family where the women lived long lives. She was also in the first “war novitiate” group who made profession in 1943 and seems to have kept the same doughty spirit. The centenary lunch was followed by a party tea where she blew out all the candles on an enormous cake and cut the first slice. Tea was duly followed by supper at the end of which she said, “All this for me!”, and marched through to 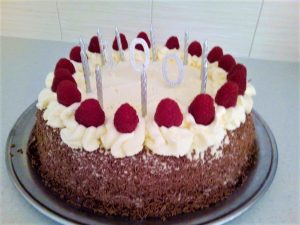 the kitchen to thank the staff for all they had done for her. Then, to round off the day, she watched TV and was among the last to go to bed, overcome by all that had been done to celebrate her centenary.

Bringing the two halves together

We leave the final word to Sr Winifred who speaks for all of the jubilarians when she says to those entering religious life today in a different but still troubled context :

“The legacy I would like to leave to the future generation

is one of living at peace with oneself through prayer

and answering the call of the world

wherever we live out our commitment to the Lord

through the consecrated life.”

The Sisters of the English Province