A Spiritual Experience
Daughters of Jesus

Tuesday evening October 15, on the feast of Saint Teresa of Avila, our Sister Irene Foley left us very quickly; I was with her in her last moments. 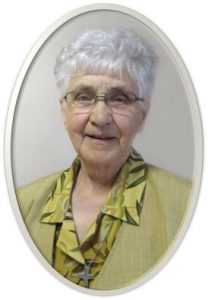 That night, I was getting ready to watch a good movie, when a Sister came to ask me to go to the ER with Irene who was not well. I was tired that day and besides I was not on duty. My first reaction was to say: « Oh no, not tonight. » Then, I pulled myself together saying, « It’s important to be available. »

When I got near to Irene’s room I saw that the paramedics were already there. When Irene left her room she was tired but still able to joke, saying «There are so many lovely people here tonight! »

We were off to the hospital. Once there one of the paramedics inquired of me: « Did she ask to be resuscitated? Do you have a document expressing her final wishes? » I then asked him: « Is it that serious? » He told me: « She had a heart attack while in the ambulance. » I told him I would call the one in charge.

«Thanks for being here».

simple words, « I’m so glad you are here; when we are faced with death it’s very important not to be left alone. » Then she added « Let’s go and see her; she’s living her final moments. » Inwardly, I was nervous … «Lord, I’m not able to do this … I’m not ready. » The doctor then took me by the arm and accompanied me to Sister Irene’s bedside.

I gently approached and took Sister’s hand; I caressed her forehead saying, «Irene, I’m here, it’s Agnes, let’s pray together. » I said a Hail Mary, an Our Father, for her and with her. Her eyes were blinking, she was still with us. Two or three minutes later, she closed her eyes and the doctor who was by my side said to me «It’s over …» and she added «I’m so glad that you were able to be here during Sister’s last moments.» 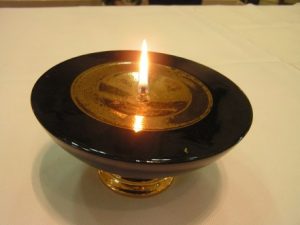 This woman doctor and Sister Irene – had they just opened me up a little more to what is at the heart of my very being?

A strong experience lived in faith.

I lived this moment as a spiritual experience since I had never been at a person’s bedside during his/her final moments. This doctor was an instrument of the Lord in leading me to Sister in her final moments.

A human being imbued with Christ-like magnanimity.

I was deeply moved by the greatness of this woman-doctor’s humanity in accompanying Irene and those around her, in this case, myself. Such kindness, such attention, respect and compassion! Yes, this woman «honored the Sacred Humanity of the Son of God » according to the charism of the Daughters of Jesus, without knowing it and without realizing all the good she had done that evening. 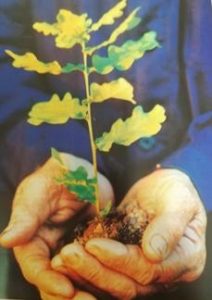