Towards their profession of faith
Daughters of Jesus

When Christian, a pastoral animator in the sector of Plouay (Vannes diocese), asked if they could receive a group of teenagers who are preparing their 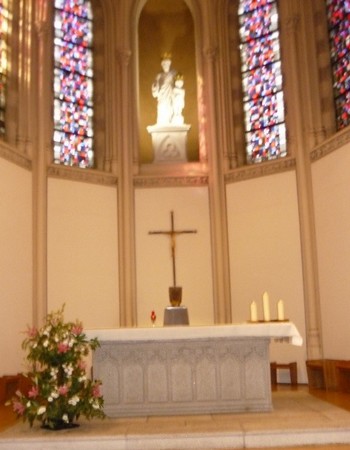 profession of faith, the Sisters of Kermaria responded without hesitation. As part of a pastoral choice, the young people spend their first get together as a group in a monastery or with a congregation.

On Friday 11th november 2016 there was a youthful air blowing across the property of Kermaria. Around 10 o’clock, 1 3 teenagers arrived with 4 animators and 3 musiciens. They joined us for Mass in the chapel, a Mass a little more festive than usual, thanks to the guitar and flute music that accompanied the songs.

Our chaplain welcomed the teenagers with evident joy. Taking the theme for their day, « Jesus knocks at the door of our heart » he gave a clear commentary on it in his homily. After the offertory procession, he invited the 3 teenagers who had taken part to remain beside him at the altar. When the time came to say the « Our Father », he then invited them to rejoin the assembly in the chap 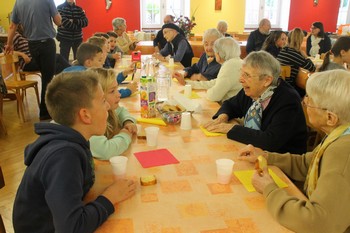 el to represent the link with the Sisters. They were all touched by these attentive gestures and several of them spoke of this during the afternoon tea that they later shared with the Sisters. We had invited 14 – 15 elderly Sisters to come and spend an hour with them and, from what we heard, this meeting was very much appreciated on both sides. The teenagers spoke of their day ; all of them were unanimous in their opinion of the calm, the beauty and the cleanliness of the property and the oratories as well as the originality of the cemeteries.

The audio-visuel « A way of life » raised questions for them, so much so that 4 of them spoke simply of their response to the call of Jesus in the religious life. At the end of the day, one of the girls asked, in her own words, « How do you join up to be a sister » ? 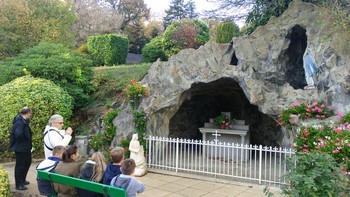 The times during the day reserved for teaching by their pastor and animator were open to those Sisters who wanted to sit in.

This meeting with the teenagers was an occasion for us to share across generations and an event that will, we are sure, increase our faith and hope, as well as feed our prayer. With their engagement of today, are these teenagers not the Church of tomorrow.