“Relay for life” at Tavibois
Daughters of Jesus | Our life

On Saturday 4th March 2017, a « relay for life » in aid of the Candian Cancer Society was held at the Tavibois Centre in Mauricie, Quebec. Sr Agnes Miquel give us some highlights of this special event.

When solidarity gets the crowds onto their feet 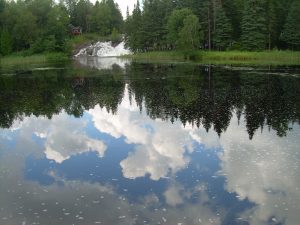 who had come from St Tite, Hérouxville, Montreal, Quebec, Shawinigan, Langueil and well beyond, from walking in relay from 12 midday to 12 midnight. They had come to give their time and their energy towards a good cause : The Canadian Cancer Society (http://www.cancer.ca). At the same time the event gave them the chance to appreciate this beautiful estate equipped with chalets, a place for rest and ‘recharging the batteries’, run by the Daughters of Jesus from 1966 to 2016.

Josée, co-president of the event, explained to us what this meant in practice :

The event began with a testimony followed by the walk of the cancer survivors. Throughout the day, each one, and often as a family, walked at his or her own rhythm for as long as they could in terms of both time and distance.

Jacinthe from St Tite explained to us why she was there with her team « The Winners » :

« I’m here for my sister who died three years ago, for all those who have cancer, and to help the advance of research. » 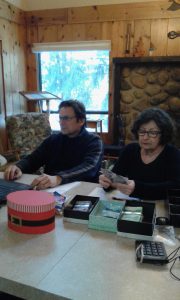 Michel, treasurer of the association and also a member of the group that now manages Tavibois, was there with his wife to give of their time. For him:

« It’s important that this event should take place on the Tavibois site. That way it’s a tribute to the Daughters of Jesus whom I see pray with the sick. And then the organisers fell in love with the site ! It gives me great satisfaction when people find the site very beautiful. For some it’s their first visit to Tavibois. »

Six Daughters of Jesus took part, among them Sr Cécile. For her :

« Cancer and cancer research is something that is very important to me. It’s a way of saying to people affected by this illness that we want to offer them our support. »

Little lights in the night 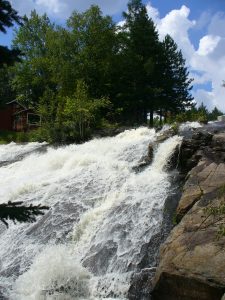 on and evening passed in a festive atmosphere with artists animating the walk. Tavibois became luminous, the paths bordered with the lanterns that people could buy in memory of a sick person and write their name on. The day finally closed with a firework display over the Tavibois waterfall – little lights in the night.