Nothing can stop the Word of God
Daughters of Jesus

At the Mass of the Epiphany on January 5 in Arcueil, near Paris, Sr Jocelyne Masson spoke about her experience of being a “bearer of the Good News” in Africa and here in France following sudden medical repatriation. This experience, at times harsh, has been for her a revelation of the presence of God.

This year the parish this year took Europe as the theme of the celebration. A map of Europe was placed under the lectern, where the Word of God is proclaimed. The readings were introduced with the following words :

“Europe was the continent from which the missionaries set out to bring the Good News to the whole world. Even today no one can stop the Word of God from going forth.” 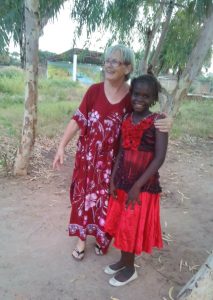 During the Mass, Sr Jocelyne Masson gave her testimony of how she lived the experience of :

“Leaving, with all that I had to give, such as I was, to welcome others who were different, to discover their way of living and loving, and to share the Faith with them.”

“Sent to Africa, after three years in Cameroon, I left to go to Chad, a Muslim country. In the community, we were three Daughters of Jesus from three different nationalities: Cameroonian, Congolese, and myself from Normandy in France.

I was in prison and you visited me 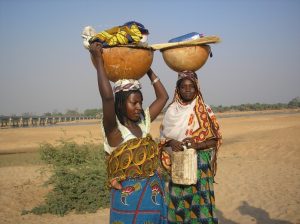 For four years, I continued my mission with prisoners, whom I visited twice a week. I helped by teaching them to read and write in French, the country’s second language. As a nursing assistant, I took care of their wounds with what I had at hand and I was also their spokesperson with the lawyers so that they could be defended in court. 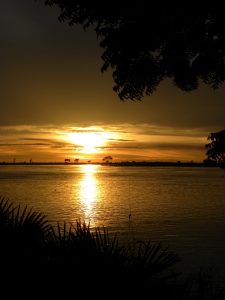 Once a week I brought them the Good News of the Gospel because they too are loved by God. It is He who reveals His Fatherly tenderness to us, especially to those who are most in need. As Pope Francis tells us:

“Each one of us becomes a bearer of the Good News for those we meet, witnessing through our concrete actions to the mercy and joy of having met Jesus and his love.”

After 4 years in Chad, I was called back to Cameroon where, in April 2018, I was assaulted by a young man. A fractured neck of the femur sent me to the hospital. Finally, I was obliged to return to France where I underwent several operations. Back in Paris, the community of the rue d’Arras made me welcome. A third operation revealed a major infection that obliged the surgeons to perform yet more operations. In total, I underwent five total hip replacements.

This put me in contact with a whole team of home care workers for a year and a half in the community of Arcueil, near Paris, which welcomed me after the third operation. There we had a Sister who is a nurse, which was more reassuring for me. 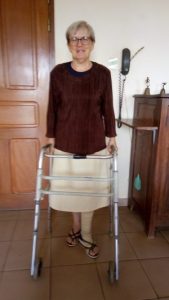 At the same time, this dependence led me to experience abandonment within the community. I had three antibiotic infusions a day, with varying degrees of difficulty, and asked myself, “Am I going to get through this?” I experienced a lot of ensuing problems, but a certain strength remained in me, despite the difficult passages. I lived the latter in a relationship with Christ, who supported me day after day. I have always trusted and hoped by surrendering myself into the hands of a Father who never ceases to reveal his love to me.

Words that have become important for me 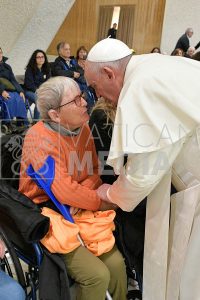 My greatest joy has been to go to Rome at the end of 2018 where I had the opportunity to meet and speak with Pope Francis.

Thank you to all of those who have carried me in their prayer and helped me on my journey during my illness. I am still in re-education, but powerful words were given to me a year ago. Jesus tells us, “Love your enemies.” Today, these words live in me and help me to forgive. »