On the 1st May this year a group of sisters and associates took charge of the families who had responded to the Congregation’s invitation to come and celebrate the Feast of St Joseph at Kermaria (France). 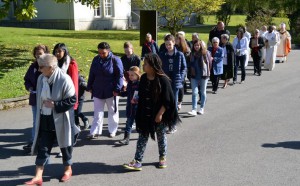 In beautiful sunshine, the group advanced in procession from the oratory of St Joseph the poor to the chapel, followed by the priests and Monsignor Herbreteau, the Bishop of Agen. 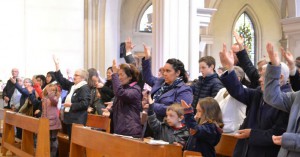 During the Mass, the parents, children and young people clapped along to the rhythm of the opening hymn …

directed by Jeannine Léon, an associate, they also accompanied the alleluia and the sung Our Father with gestures. 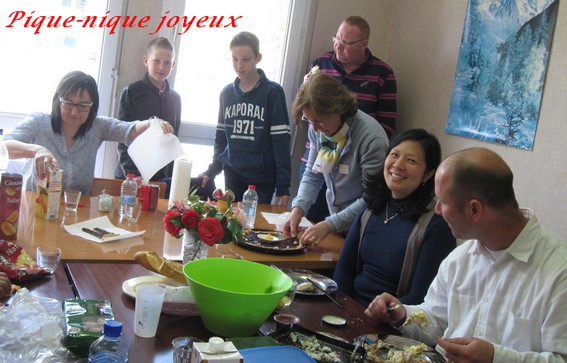 Subject of reflection for the parents and children

“Living our differences as brothers and sisters »

Based on the biblical text of Joseph and his brothers.

The reflection began with the story « Joseph and his brothers ».

According to age, each group joined a different workshop.

The final sharing finished with the Our Father accompanied by gestures … 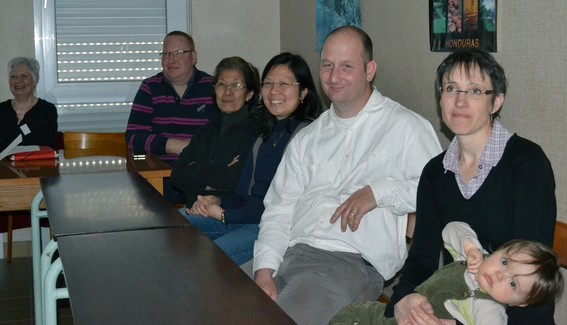 Before separating, all of the groups had afternoon tea together. Content with the beautiful day they had spent at Kermaria, they have already arranged to meet again on the 1st May 2017.