Home › Who we are › Origins › Historical context

Brittany at the time of the foundation 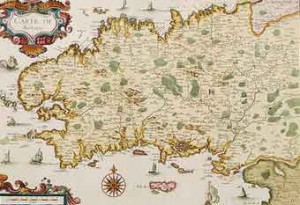 In the XVIIIth century, the socio-economic situation of Brittany could be divided into two distinct parts :

– The towns, especially the sea-ports, experienced an undeniable prosperity.

– The countryside had experienced a certain development in the XVIth century thanks to the introduction of new products and the development of a small industry linked to maritime activity. The social impact was, however, limited and the peasants had no share in the commerce nor did they benefit from what was exported.

At the dawn of the French Revolution of 1789, the peasant population of Brittany remained on the fringe of the effects of economic and social development. Although royal commands imposed the establishment of schools in every parish, the Breton Parliament paid little heed. Only 6% of men and 1.5% of women could sign their marriage act. The peasant mass was also left to its fate in matters of health care.

The effects of the French Revolution on the whole of Brittany were negative : the war between France and England ruined the Breton ports and plunged the countryside into even greater misery.

In the XIXth century, even if Brittany participated in the literary and religious movement which developed in France with Chateaubriand, Lamennais and Renan on the social and cultural level, the countryside remained apart and did not benefit from education and health care. 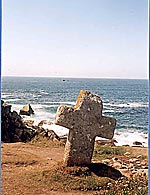 The Breton people remained deeply rooted in their faith, in fidelity to the Catholic Church and attached to their culture. It would be the Church, the only institution present even in the remotest corners, which would undertake to relieve the ills from which society was suffering, by creating schools and ensuring care of the sick.

It was in this context that M. Coëffic would take up the project conceived by M. Noury at the end of the XVIIIth century and in which the first sisters would embark.

Under the French Revolution

At the beginning of the French Revolution of 1789 Brittany was in favour of the reforms that were proposed, but the situation would change.

The constitutive assembly insisted that priests should take the oath of fidelity to the “Civil Constitution of the Clergy” which reorganised the French secular clergy on the model of the civil administration and submitted it to the authority of the State. That divided the clergy : some accepted, others refused and would take the road to exile. Pierre Noury, at that time parish priest of Bignan, would be among those who would choose exile.

The disappointment of the peasants who had hoped to see their conditions of life improve, the persecution against the priests who opposed the “Civil Constitution of the Clergy”, massive conscription for the war against Austria, provoked a protest movement of popular rebellion, the “Breton chouannerie”. This movement would leave traces such that Fr. Noury, on his return from exile, in his concern to preach appeasement and attachment to the concordat signed between Napoleon and Pope Pius VII, would come up against the leaders of the “chouannerie” and would have to leave his parish of Bignan. He would become parish priest of the Cathedral in Vannes.